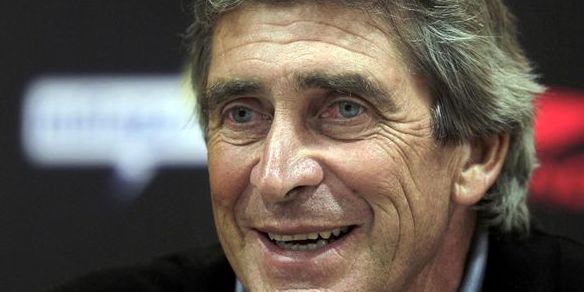 Manchester City manager Manuel Pellegrini boasts of having the have the best squad in England at the moment.

City have spent over £90 million pounds on four players combined – Fernandinho, Jesus Navas, Alvaro Negredo and Stevan Jovetic – and the Chilean feels they have improved enough to win back the title from rivals Manchester United.

Pellegrini said during a question and answer session for the fans: “I think we have the best squad in England.

“We bought four important players, we already had a very good team and with these four players I think we improved a lot.

“We hope that from the first match against Newcastle at home we will start winning, and we will try to bring another trophy here.”

But really do they have the best squad in England? Can it be said with utmost confidence simply because they have bought in four good players while other contenders have yet to bolster their team?

Of the four players they’ve bought, Jesus Navas is definitely an upgrade over other wingers in the team, like James Milner or Scott Sinclair. He has been one of the top performers in the La Liga for years and has proven his class at international stages as well.

The 28-year-old Fernandinho is primarily seen as upgrade over Gareth Barry, Jack Rodwell or even Javi Garcia. May be. But, one cannot help but ask the question – is he really worth £35 million? With no disrespect to Shakhtar Donetsk, the Ukrainian club, he has yet to prove his talents in the top leagues of Europe. May be he will be a smashing hit at City, will prove the critics wrong, will take the league by storm – but can we say with cent percent conviction now that he will be a roaring success and a huge upgrade over others?

The same goes well for the strike duo Stevan Jovetic and Alvaro Negredo as well. Both are high talented players and great things are expected of them. But, frankly, are they an upgrade over Carlos Tevez and Mario Balotelli?

No. Not in terms of potential and quality. Temperament may be, but that is hardly a parameter to judge the level of improvement. Both Jovetic and Negredo are just different sort of players than Tevez and Balotelli, that will add different varieties and flavour to the game. But, hardly, if at all can be called an upgrade.

Had Arsenal or Chelsea signed Luis Suarez or Wayne Rooney, one could have said it was an upgrade to the existing team, because, simply these guys are better players than what they have or had. Mere adding different type of players replacing two quality stars doesn’t give a true reflection of improvement.

Likewise, last season when Manchester United signed Robin van Persie – it was a significant upgrade, because, everybody knew what to expect of the Dutchman. The output was guaranteed, and exactly that had happened. Can same be said with utmost conviction for Fernandinho, Jovetic or Negredo?

Therefore, even though City have recruited some very good players, it is too pre-mature to claim they have the best squad (especially with the amount of money spent) at their disposal.