Chelsea will travel to County Ground to face Swindon in the third round of the Capital One Cup tie on Tuesday where manager Jose Mourinho would be looking to give chances to the fringe players of his squad. 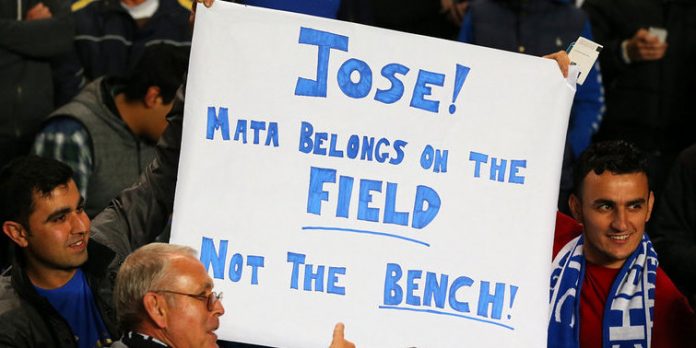 After three consecutive defeats, the Blues bounced back to winning ways on Saturday, when they earned a 2-0 victory over West London rivals Fulham.

However the central focus of the match will be on Juan Mata, who has been given a sort-of cold treatment by his manager.

The Spaniard was arguably the best player of Chelsea last season but it seems like he doesn’t fit into the system of Mourinho. The Portuguese clearly said in the press that Oscar is his preferred no 10 while Mata needs prove his worth and adjust to his systems accordingly.

Swindon will be without Ryan Mason and Ryan Harley for this tie. Mason has a thigh problem and will be out for two weeks while Harley has knee ligament problems.

Manager Mark Cooper will also miss out the services of Aaron Oakley (foot) and Tijane Reis (knee) but his options are boosted by the return of Spurs loanee Alex Pritchard after suspension having missed the 3-2 win over Bristol City on Saturday.

Chelsea have no major injury issues but Mourinho could field a different first 11 for this game. Juan Mata and David Luiz could start tonight while right-back Cesar Azpilicueta, left-back Ryan Bertrand and midfielder Michael Essien could also feature.

Let us know your prediction for the game below…