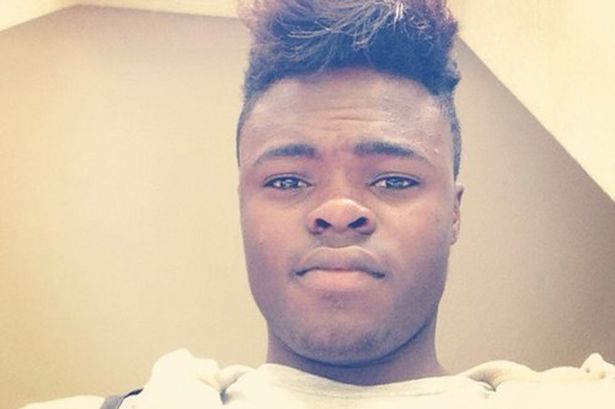 FC Zurich’s U-17 striker Dimitri Oberlin Mfomo recently admitted that he dreams to play for Manchester United or Juventus one day, but it is Luis Suarez who inspires him the most. The Swiss International spoke his heart out in an interview with Serie A pundit and staff journalist of  Gianluca Di Marzio Fabrizio Romano.

Oberlin Mfomo, ’97, striker of Zurich and Suisse U17, told me: “Me to Manchester United? Would be a dream. Proud of their interest” #MUFC

The 17 year old who can play either as a central attacking midfielder or as a second striker has impressed in his stint with Zurich and will be the cynosure of all eyes in the U-17 European Championship in Malta in May.

With Mfomo’s contract due to expire in June, major tabloids have already linked him with a host of European clubs but a move to Manchester United looks imminent in the near future.

“Needless to hide, Manchester United is a dream. And it is beautiful to know of the rumours. But my first goal is to give my best at Zurich.”

When asked on whether he would love a move to Italy, the 16 year old was quick to respond. “Definitely yes. I really like the Italian league, Serie A and I the country. I must say I have a favorite team in Italy, it’s Juventus. But I really like Inter and Milan.”

The upcoming Swiss star also revealed that he wishes to be like Aston Villa’s Christian Benteke but it’s Liverpool’s Luis Suarez who inspires him the most.

“I am inspired by Luis Suarez who is a fantastic player.  But compared to someone like my style of play, I’d say maybe even Christian Benteke. To get to his level, I still have a lot of work to do.”

Oberlin has featured in 7 matches for the Swiss U-15 scoring 2 goals while he has also hit the back of the net once playing for the U-16’s.

The Red Devils had signed another starlet, Saidy Janko, from Zurich last summer, who has since impressed for United’s under-21 side and is tipped for a big future at Old Trafford.