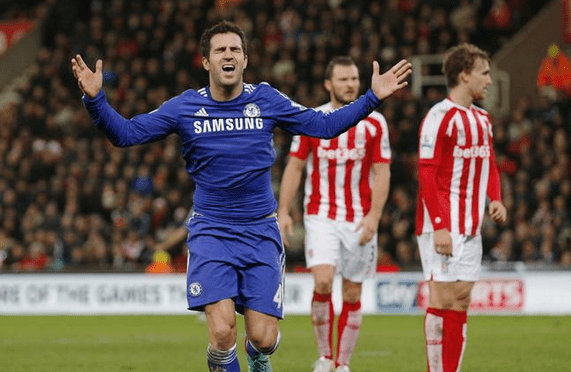 Chelsea began their tricky festive period with a fantastic 2-0 win at the Britannia Stadium against Stoke City. On what was, as the cliche goes, ‘a cold, rainy Monday night in Stoke’, the Blues coasted to a comfortable victory with goals from John Terry and Cesc Fabregas.

Here are five observations from the game:

One of the most intrinsic and important qualities of a Jose Mourinho side is its versatility. His teams are always adaptable to different circumstances against different opposition, and have several options to deal effectively with all of them. In what was expected to be a tough, physical battle, Chelsea needed to ensure that they won midfield. Mourinho therefore went with John Obi Mikel alongside Nemanja Matic and Cesc Fabregas in what was a three-man midfield. The result was conspicuously evident, as the Blues remained in control throughout the match and hardly gave the Stoke midfielders a look-in.

Cesc Fabregas once again proved his worth to this Chelsea side with a goal and an assist. His corner was headed in by John Terry in the second minute of the game, and the Spaniard himself got on the scoresheet 13 minutes from time to seal the deal. Since joining from Barcelona in the summer, Fabregas has now contributed to 36.8% of Chelsea’s goals. This was 16th assist in all competitions, and his 4th goal.

Nemanja Matic had one of his best games this season, putting in an unerringly effective display in front of the Chelsea backline. His 9 tackles, 2 interceptions and 6 clearances ensured that the defence was rarely bothered and goalkeeper Thibaut Courtois barely tested. In fact, Gary Cahill and John Terry only needed to make 1 tackle between them throughout the match. The following heat map shows how commanding the Serbian was in the middle of the park. 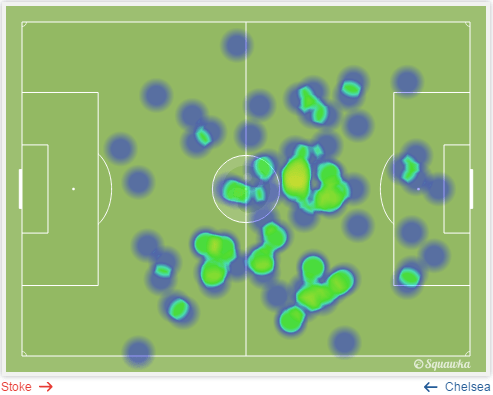 Captain John Terry made his 650th club appearance tonight and proved that he still has it in him, with a brilliant second-minute header to give Chelsea the lead and pave the way for a comfortable evening. The 34 year-old didn’t have to do much defensively due the magnificent Matic, but there is no doubt about the fact that he is still the main man at Stamford Bridge. There has been lots of talk of the club not extending Terry’s contract beyond this season, but the Englishman is forcing a reconsideration by putting in consistently good performances week after week. 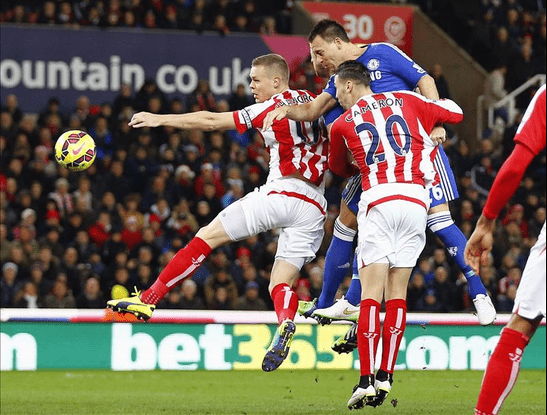 5) Chelsea back to their best:

After a couple of weeks of not performing to their full potential, it seems like Chelsea are now back to their best. The loss at Newcastle three weeks ago, the first of this campaign for the Blues, has hardly deterred them from their bid for the title. Mourinho’s men hardly looked troubled in what was an extremely difficult and tricky fixture away at Stoke. They go into Christmas top of the pile, and despite Manchester City’s form recently, look firm favourites to lift the trophy in May.