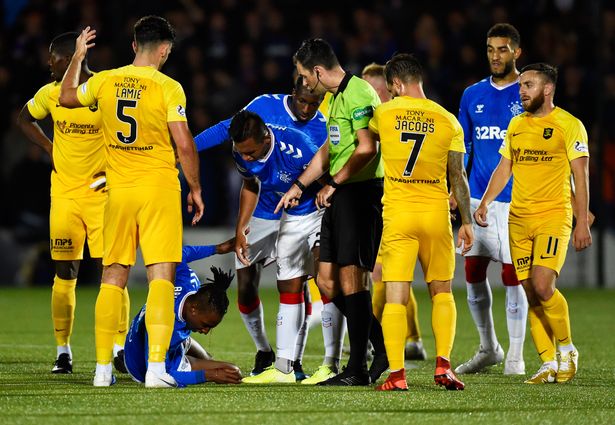 Rangers picked up a win over Livingston in the Betfred cup last night but Steven Gerrard was left frustrated with the injury to Joe Aribo.

The Rangers ace had blood pouring from his head after a challenge from Ricki Lamie. The midfielder needed 20 stitches after the clash.

Gerrard explained that it was dangerous play and the referee should have done something about it.

Aribo has been a key player for Rangers since joining the club and the last things Gerrard would want is to lose him to an injury.

The Rangers manager also added that it was serious foul play from Lamie. Having said that, Gerrard mentioned that Lamie is not the kind of player who would hurt an opposition player intentionally.

It will be interesting to see when Aribo returns to action once again. The midfielder is all set to miss this weekend’s game and Gerrard has already confirmed that.

Speaking to Daily Record, the Ibrox boss revealed: “He had a real nasty gash that went right through. You could see he was gushing with blood but the doctor did a fantastic job. He’s bandaged up and he went straight home, so we will see how he is. But he will certainly be out for the weekend.”