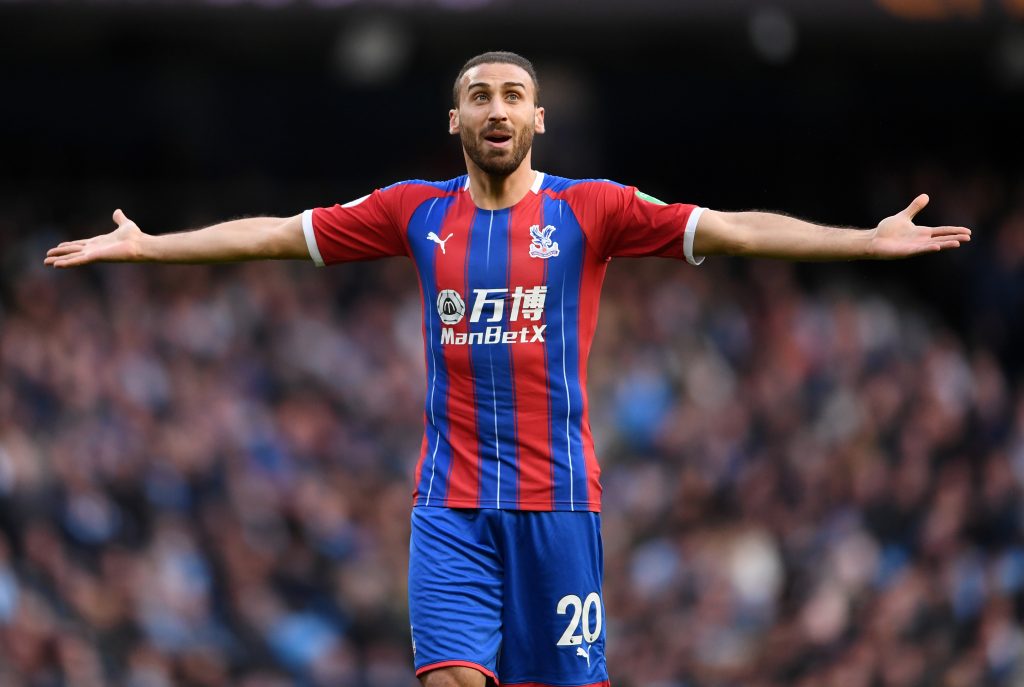 Crystal Palace brought in Everton striker Cenk Tosun on loan till the end of the season in January, and the Turkey international has featured in three Premier League games, scoring once.

The 28-year-old played just five league games for the Toffees during the first-half of the campaign and will be eager to leave Goodison Park on a permanent basis for regular playing minutes.

That appears to be on offer at Selhurst Park, and Palace chairman Steve Parish has revealed that there is an option to buy him when his loan spell ends.

With Christian Benteke struggling, Roy Hodgson’s side need quality attacking reinforcements, and Tosun could be an option if he proves himself.

“We know there is work to do on the squad, but we will do it in a considered manner. Roy felt we needed more firepower, so we took Cenk and we have got an option to buy him,” Parish told Palace TV.

“Obviously if we had bought him for £20million or whatever, maybe that would have been a better PR story.

“But he is an excellent player, he is in the building and I think he will be a big help going into the next six months and I see no reason why we couldn’t make that a permanent deal in the summer, if things go well for both parties.”

Everton signed Tosun from Besiktas for £27 million in January 2018 and he has since scored 10 goals for them in 51 appearances.

The Merseysiders are said to be willing to part with the striker for £20 million, and it seems Palace won’t hesitate to meet their asking price given that Parish thinks he is worth the fees.

Tosun will first have to lead them to Premier League safety to have a chance of completing a permanent move, though, and the Eagles have 12 games left to hold on to their top-flight status.

Palace are currently 14th in the table, six points above the drop zone, and are by no means safe from relegation just yet.