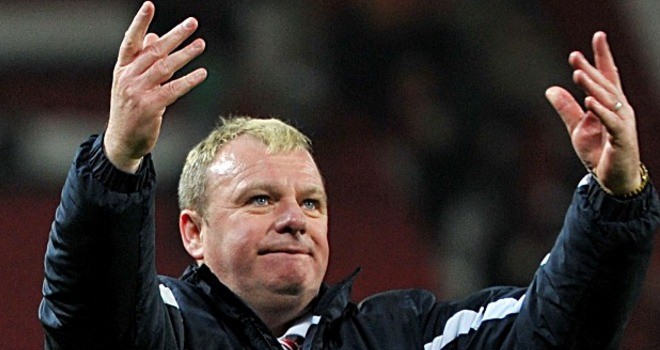 Gillingham manager Steve Evans has told The Peterborough Telegraph that Ivan Toney is good enough to play for Leeds United.

Evans managed Toney when he was in charge of Peterborough, and he believes that the former Newcastle United striker is good enough to play for Leeds.

The former Leeds head coach has also stated that the 24-year-old striker is good enough to play for clubs in the Premier League.

Evans told The Peterborough Telegraph: “I’d seen him play for Scunthorpe at the end of the previous season and he was virtually a one-man team.

“I was confident he would become a star and I can honestly see him leading the line at a Premier League club or at the biggest Championship club, Leeds United right now.”

Should Leeds United make a move?

With Peterborough to stay in League One next season, the Posh may have to sell Toney, who has proven that he is too good to be playing in the third tier of English football.

Leeds are aiming to clinch automatic promotion to the Premier League, and head coach Marcelo Bielsa will need a striker next season irrespective of which divisions they are in.

Patrick Bamford is a very good striker, but the former Chelsea and Nottingham Forest striker is not prolific and does fail to take big chances.

Toney is ready to take the next step in his career, and a move to Leeds would be big for him, and the club themselves would be making a smart signing, but only if they are able to sign the 24-year-old at the right price.