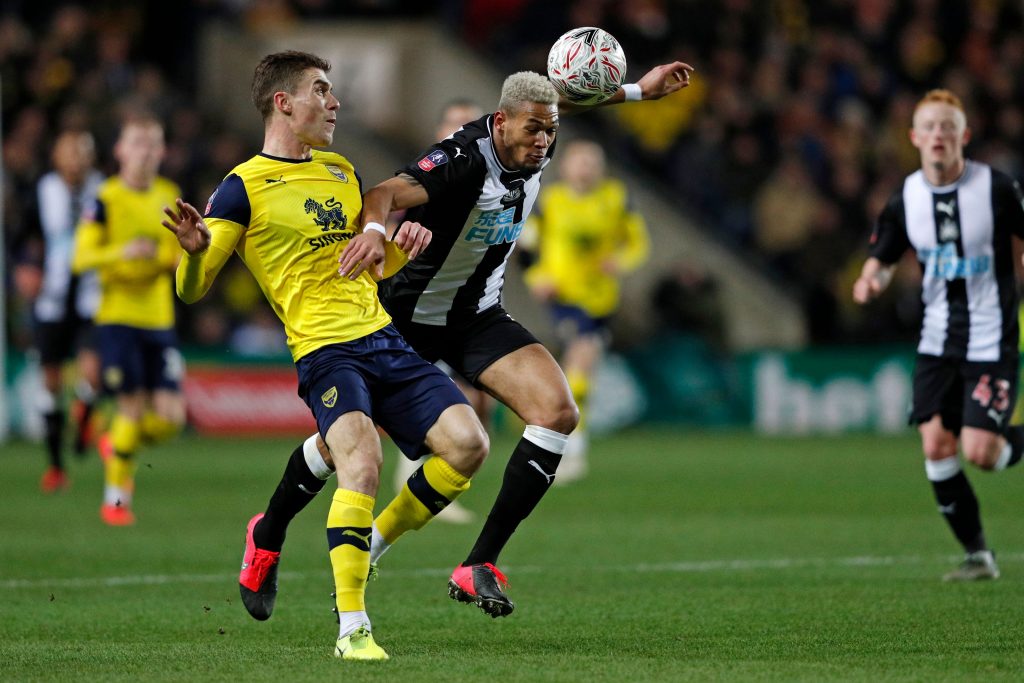 Newcastle manager Steve Bruce has claimed that Joelinton is not a quality goalscorer.

Speaking to Chronicle, he explained that great strikers are only interested in scoring goals and they are selfish in nature. However, Joelinton is more of a team player.

He also added that the 23-year-old is very young and he will improve with time.

Bruce said: “The great strikers, the goalscorers, all they’re interested in is scoring a goal – Joe is not like that. He is more a team player. He has to be a bit more selfish. He has to think about himself more and score a goal. He doesn’t get himself in the positions enough, that’s something we’re working on.”

The Brazilian has been quite poor since his move to the Premier League and he has scored just three goals so far. When Newcastle shelled out £40m for him in the summer, they would have expected a better return.

It will be interesting to see if he can turn it around in the coming weeks.

Newcastle are in desperate need of a goalscorer and Joelinton will have to deliver now.

Although the Brazilian has underperformed, some of the blame has to go to the club’s recruitment department as well.

Joelinton was never a prolific scorer and Newcastle should not have relied on him to replace the goals from Perez and Rondon.

Newcastle fans will be disappointed with Steve Bruce’s remarks on the player because the club needed to bring in a poacher in summer but they have knowingly invested in a different type of attacker.

Here is what some of the fans had to say.

Was pretty obvious he was a false 9, and even wide player when we signed him. The way we’re set up doesn’t help either, the whole team is never within 40 yards of him, and he just gets long balls pumped up to him for 90 minutes.

Steve the Scout, is omnipotent. He is all-seeing. He is a god of the art of football.

[Disclaimer: Hints of sarcasm can be found in this tweet!]

just shows what kind of manager we have

Sums up our club mate…….joke😡

There are no words.