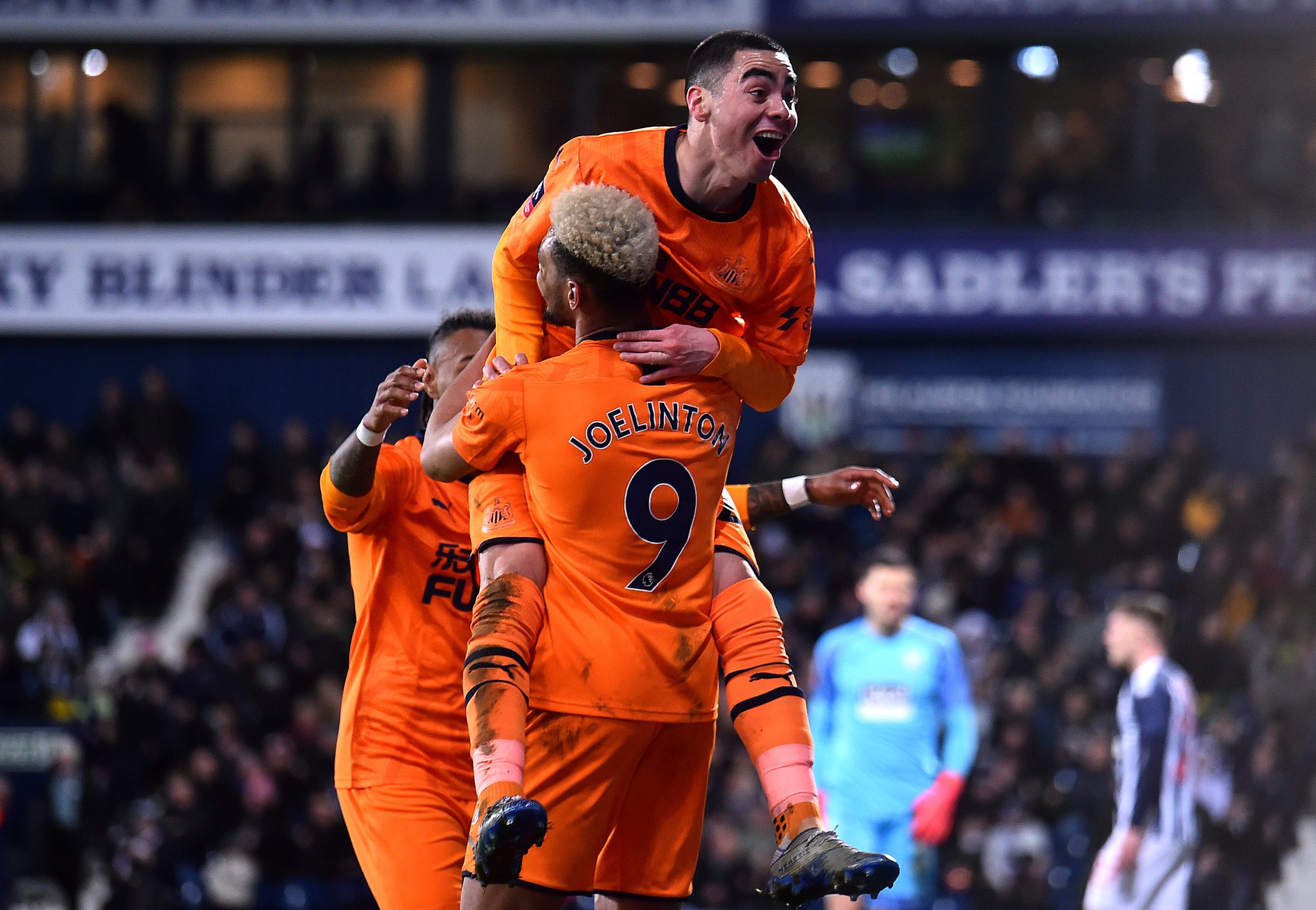 Newcastle manager Steve Bruce has lavished praise on Miguel Almiron after the win over WBA.

The Magpies won the FA Cup game 3-2 and Almiron managed to score a brace for the Premier League side.

Speaking to the media after the game, Steve Bruce revealed that Almiron looked like a top player against the Baggies.

He said: “Almirón looked a top, top player tonight. I thought Tino [Lazaro] gave us nice balance on the right-hand side. His movement and touch was good. For an hour I was delighted with us against a very decent side. It’s a shame we finished the way we did but we’re in the last 8.”

The former MLS midfielder has shown his quality since joining Newcastle and Steve Bruce will be hoping for more of the same from him in the coming weeks.

Newcastle need some attacking quality right now and Almiron’s current form will come as a huge boost for them.

The 26-year-old midfielder has six goals to his name so far this season and he will be looking to build on this performance and improve his goalscoring numbers.

With Joelinton struggling to score goals, Newcastle need their other attacking players to chip in with the goals.

The likes of Saint-Maximin, Lazaro and Almiron will have to increase their productivity in front of the goal.

Newcastle have the opportunity to finish in the top half of the table and if they can perform like they did against WBA last night, they might just be able to finish the season strongly.