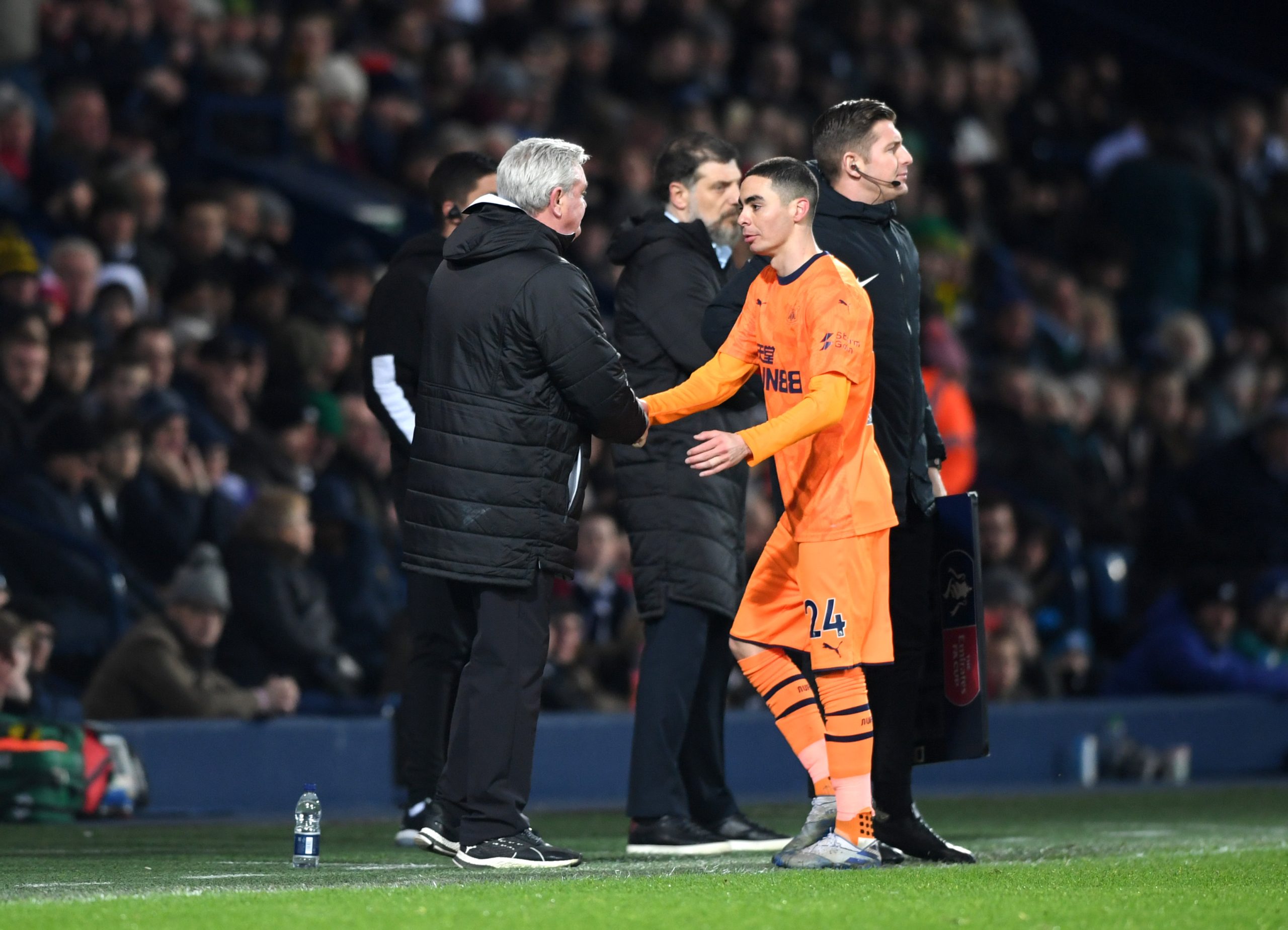 The Magpies switched to a more attacking formation against WBA in the FA Cup earlier this week and Almiron scored a brace. The Paraguayan looked very comfortable in his natural role.

He has scored six goals so far this season and the former MLS star will now look to build on this performance and add to his goal tally until the end of the season.

Speaking to the Chronicle, Bruce said: “I think it’s why we looked to change. Up to three or four games ago we had looked a threat but it waned. We were finding it difficult to sustain anything. We’re now playing two at the top end of the pitch. The move has brought Miggy back to life again.”

He added: “He’s (Almiron) taken his chance brilliantly well. You can’t deny he’s a manager’s dream. He trains hard every day and every statistic he wins. He is a delight to manage. He trains and plays with a smile on his face. It is important he plays in his right position. We have seen the best of him in the last couple of matches.”

It will be interesting to see if Bruce persists with that same formation in the upcoming matches.

As the manager, it is his responsibility to bring out the best in his players and he should stick to the attacking shape going forward. Not only Almiron, but the other players also looked comfortable in that setup.

The likes of Saint-Maximin and Lazaro flourished in a more attacking role.

Newcastle need to improve their attacking performance and the players showed what they can do in their natural roles against WBA.

The fans will be hoping for more of the same in the coming weeks.

Newcastle take on Southampton in the Premier League later today.