“Ambition is the path to success. Persistence is the vehicle you arrive in.” The words of  NBA ‘hall of famer’ Bill Bradley seem synonymous with the mantra of England’s brightest young star.

Persistence is a suitable buzzword when viewing his attempts to engineer a move to Manchester City, that is if you’re taking a positive view. Other more common phrases being bandied about by pundits and fans alike from Merseyside include disrespect, arrogance, greed.

When reports first started circulating about Sterling’s future, former players were almost queuing up to vilify him and use shock tactics to make him stay at the club. Over the last few weeks and months he has been subjected to the abuse of the fans who were chanting his name last season, including abhorrent racist abuse. The relationship between Sterling and the club has reached the point of no return, bridges have been burned, there’s no going back now.

And yet, the £49m fee Liverpool are receiving at first appears to be mightily generous for a player who is still relatively inexperienced at the top level. Considering his antics over the last few weeks I’m sure once the offer was put on the table Liverpool had no choice but to accept, or face being left with a player unwilling to play for his manager and the club.

But the fact of the matter is that this is a bitter pill to swallow for the Merseyside club. For the second season in a row they have arguably sold their best player, and this time to a rival. Even worse, this was a player who was given his chance by the club, he was meant to be one of them, but there was no fairytale ending at Liverpool for the 20 year old. 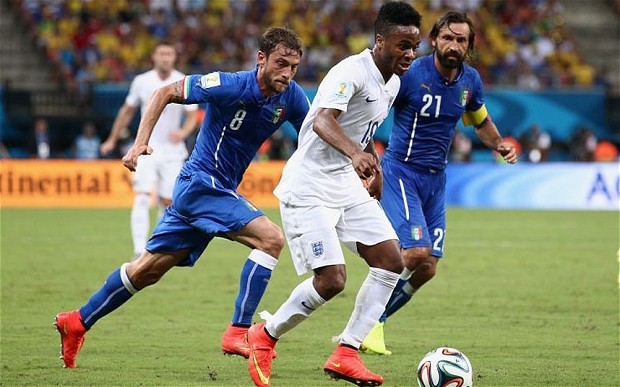 Many of his detractors have sought to explain the rashness of the move, citing the examples of Scott Sinclair and Jack Rodwell as reasoning for staying. But Raheem Sterling is no Scott Sinclair or Jack Rodwell. This is a player who gave a commanding performance at the age of 18 against Italy on the worlds biggest stage. A player whose performances two seasons ago had the very same fans who are slating him now, predicting his future legendary status.

This a player second only to England’s captain in the pecking order of the national team. Both Rodwell and Sinclair were fine players when moving to the Etihad, but neither shared the explosive and commanding presence that Sterling has already demonstrated.

More importantly, one gets the impression he is not merely moving to make up the numbers at City. Jesus Navas has been largely ineffective since moving from Sevilla, and so it is only natural to assume he’ll take his place in City’s first team, especially as City will look to justify their large expenditure.

But where he will line up exactly is still uncertain and that is due in part to another fantastic feature of Sterling’s game, his versatility. As he his able to play anywhere across the front three, and shined when given the opportunity to play centrally, Manuel Pellegrini is spoilt for choice when considering where he can use Sterling at his destructive best. The move seems a good one for City in that sense, as at times last season they looked sluggish and lethargic. With the added intensity of Sterling’s game, it could take City to another level.

Of course the glimpses of quality shown by City last season were mainly through the familiar faces of the ever excellent Sergio Aguero and David Silva. Sterling thrived as part of a rampant strike-force alongside Luis Suarez and Daniel Sturridge, and the prospect of him lining up with two of the Premier League’s most talented individuals is a tantalising prospect.

All in all, Sterling will be given the opportunity to showcase his talent week in, week out at a title challenger and almost guaranteed Champions League qualifier. He will develop alongside some of the most talented individuals in the league, and despite Liverpool’s marvellous history and tradition that is a prospect that they simply could not match.

Manchester City will acquire one of the countries finest young talents who offers a match winning presence for many years to come. Ambition is one of the key requirements for success in sport, and the roughly 20 year career of a footballer is an admittedly very short time. So lets put aside tribal loyalty’s, and not vilify a young man for attempting to get the most out of his career.