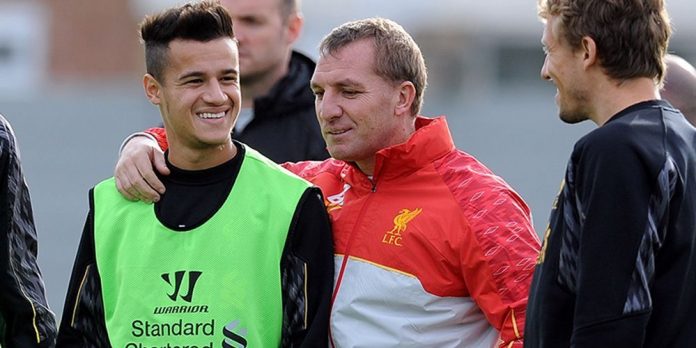 Liverpool forward Raheem Sterling stated today that Liverpool are the best club for young talents in world football. The English attacker explained how Brendan Rodgers and the club setup has helped him grow as a footballer and he seems the same future for several other young footballers at the club, for example Jordon Ibe.

Sterling joined the Reds from QPR and then came through the ranks before establishing himself as a key player at the club. The Jamaican born attacker has been the best player at the club this season and has been carrying the side’s only attacking threat since September, before Daniel Sturridge returned from injury last month.

“I don’t think there is a better place for young lads than Liverpool at this moment in time,” says Sterling.

“The manager has blooded a lot of young players like myself and Jordon. He puts you in at the deep end and it seems like at that moment you are ready. You look at Jordon against Everton, he was the best player on the pitch, which is credit to the manager as well. Every young player is getting a chance when they show they are working hard on the training pitch and that is credit to the manager for giving them the chance to shine at the highest level.”

When FSG came in, principal owner John Henry stated that the club will invest in youth and develop world class talents rather than throwing cash at established superstars. This sustainable system of growth was then put into place following the appointment of Brendan Rodgers, who has done incredibly well to blood the youngsters into the side. What makes the achievement outstanding is not Rodgers integrating these young players into the side, the best part about it is Liverpool continuing to win with all these talented young players.

With the likes of Jordon Ibe breaking into the side since January, Sterling says the manager has been brilliant with his handling of young players. However the young forward is always critical of himself and says he needs to improve and that he is no mentor for young players.

“I don’t tell him (Ibe) he should do this or that,” he says. “I’m not a senior professional. I have not played 200 games for Liverpool or anything like that.”

The likes of Coutinho and Henderson are a testament to how Brendan Rodgers has helped young and talented players grow within the first team as both players have matured into important first team players over the last couple of years under the tutelage of the former Swansea boss.

Further, Rodgers’ integration of Emre Can, Moreno and Markovic also speaks volumes about how good a manager he is, especially when it comes to developing young talents. This not only bodes well for Liverpool long term, but they also stand a chance to lure the best young talents in world football should Rodgers continue to polish these gems into fine first teamers at Anfield.