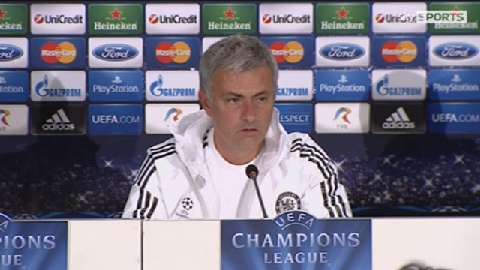 Chelsea will travel to Romania to face Steaua Bucharest where the Blues would be looking for nothing less than a full three points, having already lost their opening game against FC Basel at home.

Steaua like Chelsea have lost their opening Group E match too and therefore this tie is a must-need win for both of them in order to take early strides to reach the knock-out stages.

The Londoners have faced Steaua last season in the Europa League round of 16 ties. They suffered a 1-0 defeat at Romania, but won the return leg 3-1 at Stamford Bridge where Juan Mata, John Terry and Fernando Torres were on target.

The build-up to the match has been centered around Jose Mourinho’s early exit from the press conference yesterday. The Portuguese chose to leave out midfielder Kevin de Bruyne for this tie and criticized him for his poor display against Swindon and efforts in the training.

When asked about De Bruyne’s exclusion from the 18-man squad for Tuesday, Mourinho said: “This is fantastic because no one asks me about Juan Mata. You have spoken about Mata for three weeks. Now you’re asking about Kevin.

“You are impressed in the players who are not playing. He was not selected. It was my decision. Only 11 can play and I tried to decide, by what they do on the pitch when they play and in training.”

The Blues are heading into this match on the back of a 1-1 draw against Tottenham in their last match at the White Hart Lane on Sunday.

Belgium international Eden Hazard will miss the crucial Champions League clash through ankle injury. De Bruyne has not travelled to Romania too, but Juan Mata could be included in the starting line-up while Fernando Torres, who was red-carded in the last match, will lead the attacking line-up.

Steaua will be without center-forward Stefan Nikolic (knee) and winger Alexandru Chipciu for the game.

Juan Mata – The Spaniard seems to have impressed his manager with his second half performance against Spurs and will be looking to make full use of the chance against Steaua as well.