Rangers crashed out of the Europa League after a humiliating loss against Luxembourgian club Progrès Niederkorn last night.

Despite winning the first leg 1-0, the Scottish giants were not able to get past the first round of Europa League qualifying.

Progrès Niederkorn overturned the deficit thanks to goals from Emmanuel Francoise and Sebastien Thill in the second half of the return leg.

Rangers came close to scoring when the likes of Josh Windass and Kenny Miller both hit the bar.

New manager Pedro Caixinha will be disappointed with the way Rangers returned to European football after six years away. The 46-year-old is already under tremendous pressure and the performance in the Europa League will not have helped.

During his four months in charge of the club, Rangers have already lost 5-1 to Celtic and many supporters believe that his spell at the club is already doomed.

As per Guardian, Caixinha has already signed 8 new players this summer and is closing in on his 9th signing. Graham Dorrans is set to join the Scottish giants this week and a fee has already been agreed. So far, there are no signs of improvement and that needs to change quickly if the Portuguese wants to hold on to his job. 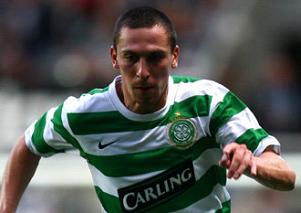 In other news, Celtic fans will be delighted with Scott Brown’s decision to stay at the club beyond this summer.

The 32-year-old midfielder has confirmed that he will sign a new deal with the Scottish champions and he wishes to finish his career with them.

Brown’s current deal expires at the end of the 2017/18 season and Rodgers will be delighted to have his captain at the club beyond that.