Spain vs Netherlands Preview: Eyes on Fabregas and Costa in repeat of 2010 final 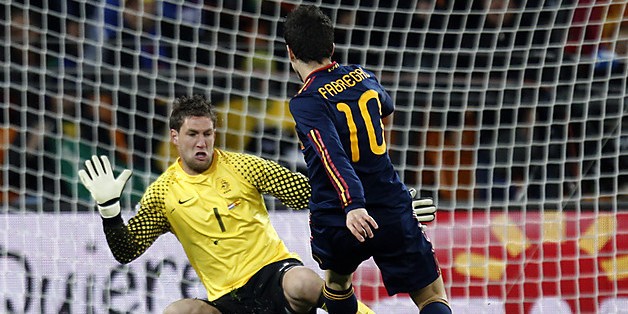 Holders Spain kick off their World Cup adventure with a repeat of the South Africa 2010 final, with the Netherlands gunning for revenge in Salvador this evening. 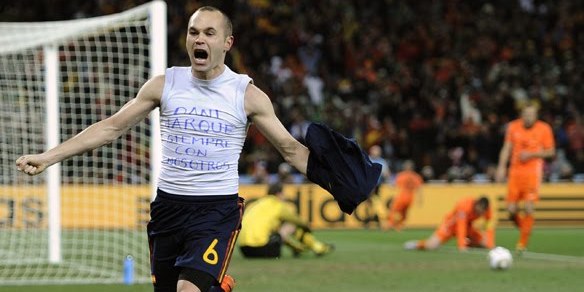 Andres Iniesta was the hero for La Roja four years ago in Johannesburg, and he will take his place in Vincent del Bosque's side against the Dutch, who despite a strong qualification period, do not look on paper like the force they once were.

Spain: Cesc Fabregas out to impress, but Costa could be the toast of La Roja

Chelsea completed the signing of Cesc Fabregas yesterday to the surprise of many, and if he plays tonight, much attention will be on the 27-year-old.

With Arsenal fans reeling from the announcement, Manchester United fans resentful at having missed out, and Chelsea fans rubbing their hands with glee, Fabregas is the talk of the town at present; but while the diminutive midfielder is not guaranteed a place in the lineup, his potential teammate at Stamford Bridge, Diego Costa, will almost certainly be the man up top.

Costa, who is reportedly close to agreeing a £32m move to West London, can be a real presence up top for the Spaniards; something they lacked in the 2010 tournament, with the aforementioned Fabregas sometimes charged with ploughing a lone furrow up top, despite his lack of experience there.

Goal machine Costa can take Spain to a new level, with the likes of Xavi, Iniesta, Pique, and Casillas remaining from their 2010 victory over Holland, with Spain firm favourites to overcome their European neighbours once again.

Netherlands: Van Gaal out to defend, but Dutch must score

Boss Louis van Gaal is an old fox at the management game, and with a strike force of Robin van Persie and Arjen Robben, the Netherlands will pose considerable threat to the Spanish defence. But other than a tasty front-line, the Dutch look a little short on quality, especially in the middle of the park, with the loss of Roma star Kevin Strootman a real blow to their World Cup bid this year.

His absence in Brazil will see Van Gaal construct his side around the more defensive 5-3-2 formation, with Aston Villa defender Ron Vlaar set to play in the heart of a triple centre-back line, with wing-backs Daley Blind and Daryl Janmaat charged with providing width further up the pitch.

Galatasaray midfielder Wesley Sneijder will be crucial to their chances. With the Spaniards capable of hitting the back of the net regardless of Van Gaal's smothering tactics, the 32-year-old';s vision and timing will be the Dutch's best hope of freeing either Robben or Van Persie further forward.

While the Dutch will not fold easily, they will struggle against the might of Spain in the opening match. Expect late goals, with the game a very tense affair.

Reckon this mental Holland fan will be rather disappointed this evening if we're right with our prediction! 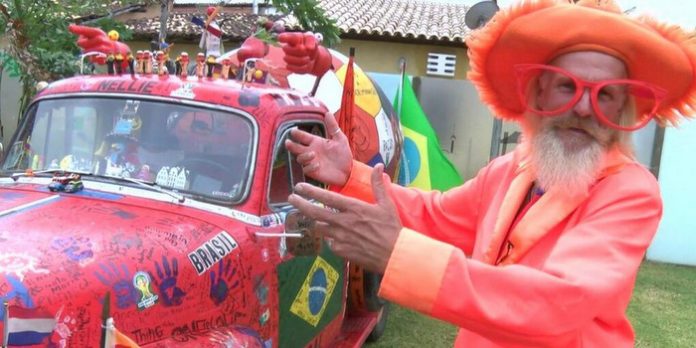 What do you think? Who will come out on top? Get involved in the comments below, and make sure you visit our World Cup 2014 guide to stay on top of the chaos in South America!