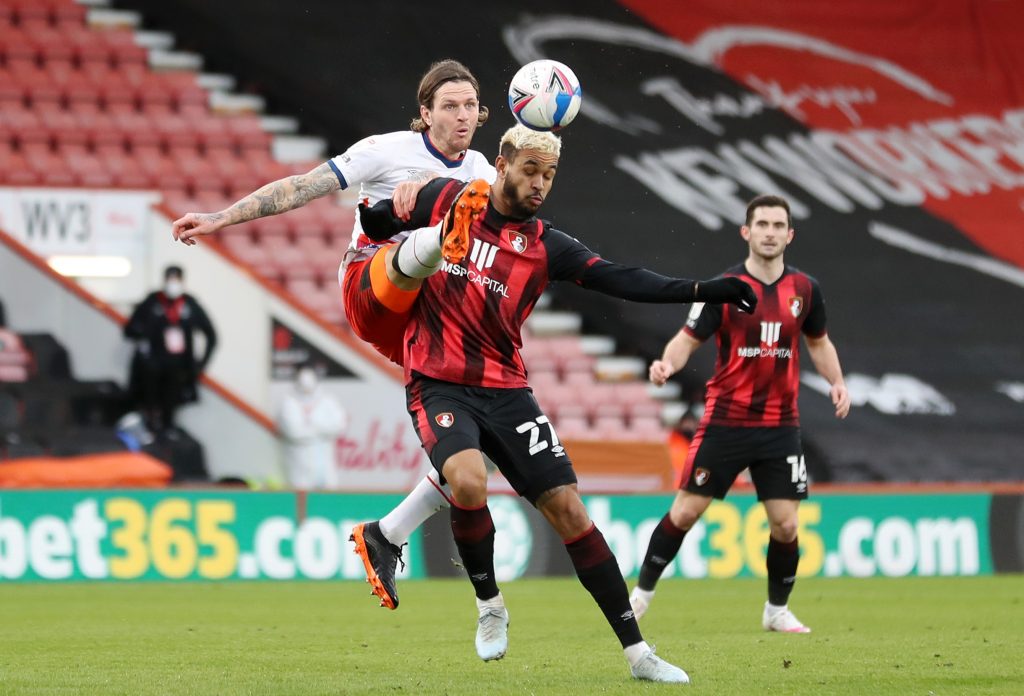 King has been linked with a return to the Premier League since the Cherries’ relegation from the top-flight last term.

He was reported as an option for West Ham United earlier this month, but the Saints are now leading the race to land his signature.

The south coast outfit are prepared to pay a low fee to sign King (contract expiring in June) on a permanent basis while Shane Long appears set to move in the opposite direction.

The Cherries will reportedly sign Long on a temporary deal for the rest of the season with the option to buy in the summer.

King has been linked with multiple Premier League clubs since last summer and he appears set to finally return to the top-flight.

The Saints currently have Danny Ings and Che Adams as the regular strikers and they have netted a combined 11 goals in the league this term.

However, both players have netted a combined tally of only one goal over the past month and that has contributed to their slump in the table.

King’s move to the club could help freshen things up front and the Norwegian has a decent scoring record with 48 goals from 161 top-flight outings.

Meanwhile, Long has the chance to get regular minutes with Jason Tindall’s side after falling out-of-favour under Saints boss Ralph Hasenhuttl.