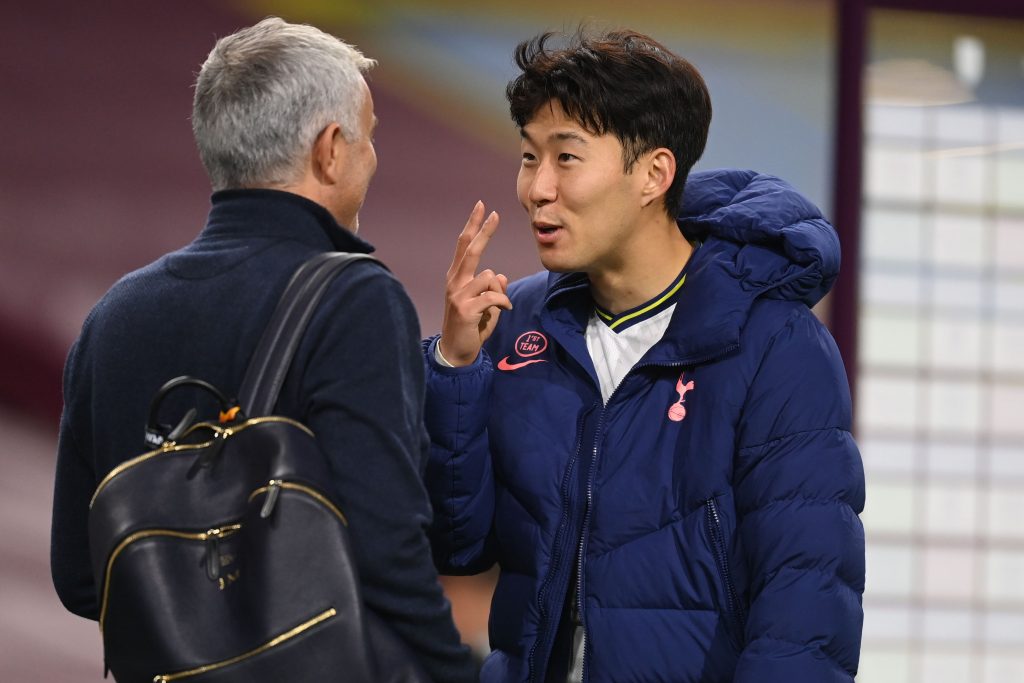 Tottenham attacker Son Heung-Min is expected to sign a new deal with the London club and has now signed up with the Hollywood talent agency CAA Base.

According to reports, the same firm represents Jose Mourinho.

Mourinho said (via Star): “That is not my job, I don’t care about who represents players, I just care about what players give me on the pitch and nothing to do with that.

“Sonny’s agency represents me on my image rights and commercial work outside my football job and that is it. Nothing more than that. The majority of my players I don’t even know who their agents are.

“An impact on Sonny’s future, I don’t know. I can say at a commercial level it will be a big impact because it is a worldwide, very, very important agency.

“In relation to his contract, I am not worried about it, he has three years of contract, a great relationship with Mr (Daniel) Levy and the people that represents him, I believe sooner or later that will be resolved.

“I don’t believe there will be a problem with that because he is a player with three years of contract. So many clubs there are huge problems to resolve with players who have their contracts in a few months, so three years is a long time.”

It will be interesting to see if the 28-year-old decides to commit his long term future to the London club in the coming months.

He’s undoubtedly one of the best players in the Premier League and Tottenham fans will be delighted if he signed a new deal with the club.

Son has been in red hot form this season and he has managed to score ten goals already. He will be hoping to guide Tottenham to Champions League qualification this season.

The South Korean has formed a lethal partnership with Tottenham striker Harry Kane and they have been the best attacking combination in the Premier League so far this season.

It remains to be seen whether the South Korean can build on his impressive start to the season and help Tottenham win some silverware this season.

Mourinho previously claimed that Son deserves a new deal and the club hierarchy are well aware of that. It seems that the South Korean could be rewarded for his fantastic performances since the arrival of the Portuguese manager.

Son has been the best player at the club since Mourinho’s arrival and he helped the side with crucial goals last season as well when Harry Kane was injured.