Liverpool back in France for another centre back? 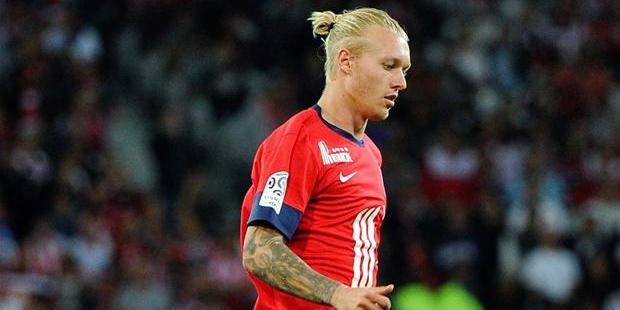 Danish centre back Simon Kjaer has been picking up a lot of plaudits for his reliable displays at the heart of Lille’s defence, since his move to Ligue 1. The former Roma defender has been linked with a move to the Premier league, following his recent comments about Liverpool.

Liverpool’ need for a reliable right sided centre back is no secret and following Kjaer’ recent performances, the French media have been speculating if the Lille centre back could be the answer to Rodgers’ defensive woes.

The Denmark international has been public about his admiration for the five time European Champions in the past. However he admits that his career decisions will be influenced by the head and not the heart.

Kjaer stated, “It is no secret that my family support Liverpool. A move to Liverpool would make my family happy.”

“But I will choose with my head and not with my heart. I would join a club that gives me the best opportunity”, he added.

Although Kjaer confirmed that he is not actively seeking a move, an offer from the Premier League would be hard to turn down.

“I’m happy to play for LOSC. But as 25-year-old, I make plans for the best years of my career, and England could be my next destination”, he stated.

Further the defender also outlined how Ligue 1 is a good stepping stone for defenders willing to make a move to the Premier league in future, as it is physically more demanding than La Liga and Serie A.