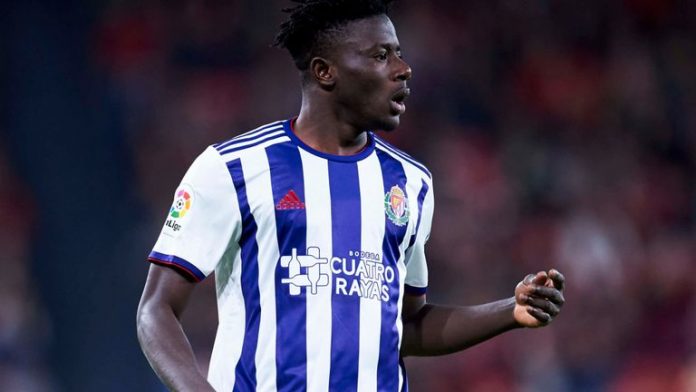 Everton and West Ham United have received a boost in their reported quest to sign Mohammed Salisu from Real Valladolid.

Earlier this month, The Daily Mail reported that Everton and West Ham are among the clubs interested in securing the services of the 21-year-old central defender.

Southampton and Manchester United were mentioned in the report as being interested in the youngster, who is claimed to have a release clause of £10.8 million.

Vallodolid manager Sergio Gonzalez has now said that the Ghanian central defender will leave the Spanish club this summer.

Gonzalez told El Larguero, as translated by ESPN: “Yes, Salisu is going to leave. He’s a prodigy, he can improve a lot.”

Salisu has made 30 starts and one substitute appearance in La Liga for Valladolid this season, scoring one goal and providing one assist in the process, according to WhoScored.

Salisu is still very young and is developing as a footballer, but he is a very promising central defender who can and will get better in the coming years.

For the reported transfer fee of just £10.8 million, the Ghanian will be a bargain signing for Everton or West Ham.

Both the Toffees and the Hammers could do with a fresh and new centre-back for next season and beyond, and given Salisu’s age and release clause, he would be a superb addition to Carlo Ancelotti or David Moyes’s side.