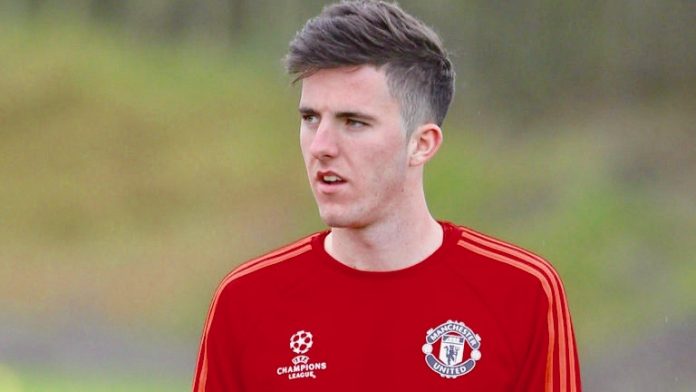 Manchester United are highly unlikely to sign any new player in the January transfer window, but the club has been actively involved in outgoing transfers this month.

Morgan Schneiderlin has left the club to join Everton earlier this month, and last week Dutch winger, Memphis Depay, have also completed a permanent switch to Lyon. There could be one or two more players, especially young academy or reserve players who are in need of regular games, who could be allowed to leave United before the window closes.

One of them could be the young midfielder, Sean Goss. According to reports from Sky Sports, Championship club, Queens Park Rangers have agreed a £500,000 fee with Manchester United for the young midfielder. Goss is due in London to have a medical and discuss personal terms.

The 21-year-old joined United from Exeter City in 2012 and can play at left-back or in midfield. He has represented England at age-group levels.

Goss is a highly talented German-born young player and has drawn comparisons with Michael Carrick because of his passing ability in the U18s team. His progress was hampered by injuries, but he was still a part of their U-21 title-winning team in 2014-15.

He made the first team bench in November 2015 but was ruled out for the rest of the season as he suffered a serious injury in March 2016.

Goss has earned a call up to train with José Mourinho’s squad, but is yet to make a first-team appearance for United. QPR are 17th in the Championship, and their hopes of avoiding relegation has been given a boost in recent weeks after they amassed 10 points from their last four games.