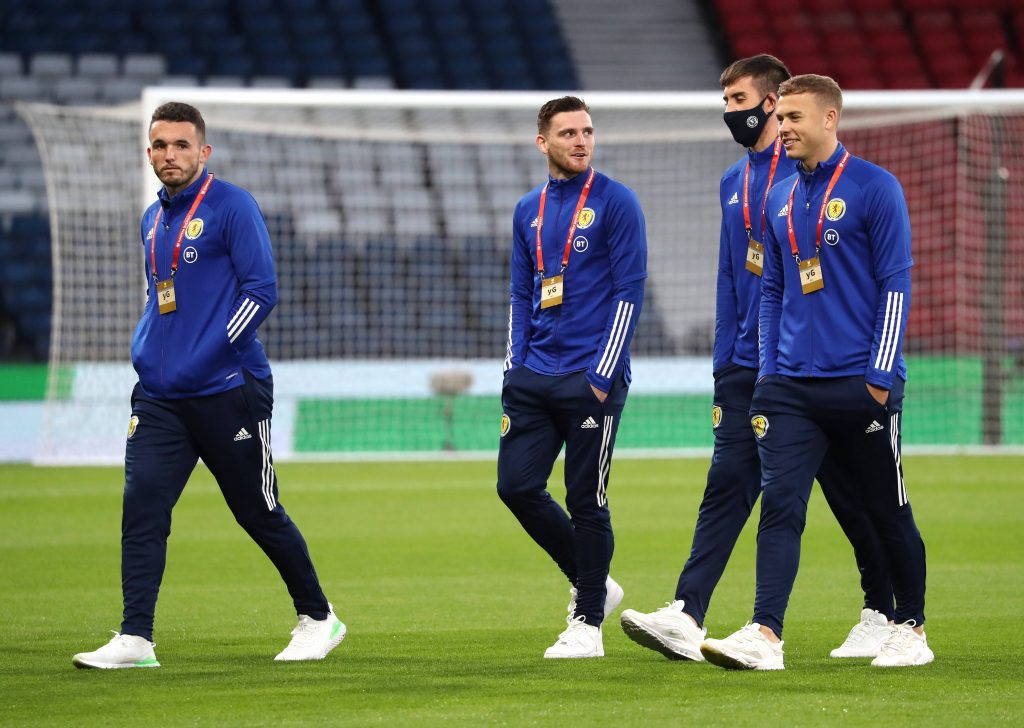 Scotland will play host to the Czech Republic at Hampden Park in their opening Euro 2020 Group D match on Monday.

Considering England and Croatia are the remaining two teams in this section, this match could prove crucial to both nations’ hopes of reaching the knockout stages.

Scotland will look to make the home advantage count against the section underdogs., who have blown hot and cold this calendar year.

Scotland have outscored the Czech Republic in their last three international meetings, prevailing by a single-goal margin on each occasion.

Going back to 1999, just one of the nine H2H encounters between these nations has ended level, with four of their last six clashes yielding the identical 1-0 scoreline.

The teams have never locked horns at a major tournament before.

Scotland’s 11th appearance at major tournaments, World Cups and Euros included, will see them try to make it out of the group stage for the first time after ten failed attempts.

Despite finishing third in their respective Euro 2020 qualifying group, the Tartan Terriers have reached the final tournament for the first time since 1996, thanks to a penalty shoot-out win over Serbia in the UEFA Nations League play-off final.

They have picked up one win apiece across their previous two appearances at the Euro finals, with each victory coming on Matchday 3.

Scotland have failed to find the back of the net four times in their last six matches at the European Championship tournament, albeit they have kept three clean sheets in that spread of games.

Steve Clarke’s men have gathered momentum in the build-up to the final competition, going from back-to-back defeats to five international fixtures without losing (W2, D3).

One of the most regular European Championship campaigners, the Czech Republic have qualified for their seventh consecutive final tournament, a run they embarked on in 1996.

Since losing 1-0 to Germany in the 1996 Euro final (their competition debut as a sovereign state), the Czechs have alternated between reaching the knockout phase and group phase eliminations in their subsequent five Euro appearances.

The Lions have succumbed to six defeats in their last nine matches at the European Championship (W2, D1), with a 2-2 draw with Croatia at Euro 2016 being their solitary stalemate in their previous 19 such fixtures (W8, L10).

Particularly dangerous from set-pieces, Jaroslav Silhavy’s men registered 54% of their goals scored during the Euro 2020 qualifying campaign from such plays (7/13).

A 3-1 victory over Albania in their final warm-up game ahead of Euro 2020 ended the Czech Republic’s run of three consecutive international games without a win (D1, L2).

Aston Villa’s John McGinn was Scotland’s most significant player in the Euro 2020 qualifying campaign, contributing to 52.94% of his team’s goals scored in the series.

The 26-year-old netted seven and assisted two of Scotland’s 17 goals in the Euro 2020 qualifiers. He has also scored three times in his last three international starts.

Scotland will also be relying on their experienced Premier League contingent in Manchester United’s Scott McTominay, Arsenal’s Kieran Tierney and Liverpool’s Andrew Robertson to provide the quality and support needed in difficult moments during the game.

Patrik Schick was the main protagonist as the Czech Republic finished runners-up to England in the Euro 2020 qualifying Group A.

The Bayer Leverkusen forward tallied four goals in the series, at least three more than any of his national team colleagues.

The 25-year-old also had a decent season at the BayArena, clocking up 13 goals and two assists across all competitions in 2020/21.

West Ham’s Tomas Soucek will be expected to provide the creativity in midfield, with West Ham colleague Vladimir Coufal providing the steel in defence.