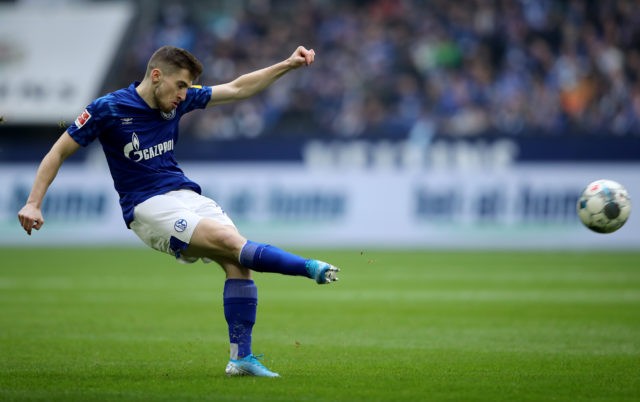 Schalke director Jochen Schneider has told Kicker that the club want to sign Jonjoe Kenny from Everton for the 2020-21 campaign.

The 23-year-old right-back spent the 2019-20 season on loan at German outfit Schalke from Premier League side Everton.

According to WhoScored, the former England Under-21 international made 31 appearances in the Bundesliga this past season, scoring two goals and providing three assists in the process.

The defender also played three times in the DFB Pokal for Schalke this past campaign, according to WhoScored.

Schneider has said that Schalke want to keep Kenny on loan at the club for next season as well, but Everton have decided against such a move.

We have deposited our interest in him coming back to us for another year on a loan basis. Everton saw it differently; we have to respect that.”

Kenny is a very talented and promising young right-back who has played only a handful of matches for the Everton first team so far in his career.

Seamus Coleman is the first-choice right-back at the Toffees at the moment, and it is going to be hard for Kenny to break into Carlo Ancelotti’s side starting lineup.

However, the Englishman is only 23 years of age, and working with a world-class manager such as Carlo Ancelotti is only going to help him grow and develop as a footballer.