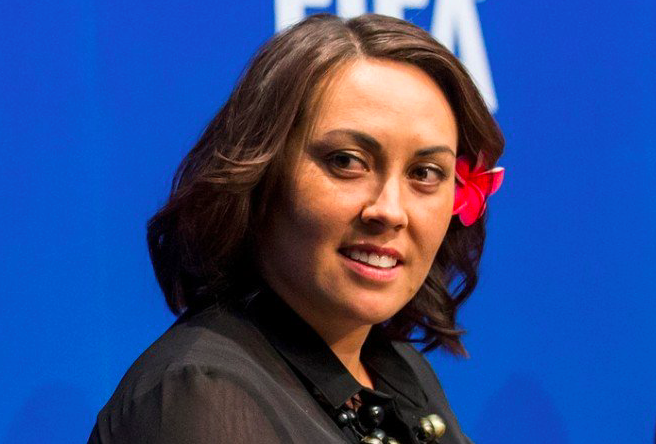 The team said in a statement,

As the only female member of Fifa’s 2016 Reform Committee, Sarai was a staunch supporter of change within the organisation, in particular calling for detailed requirements on women in leadership positions at Fifa.

Bareman joins the world governing body after serving as the deputy secretary general of the Oceania Football Confederation. Bareman was part of the Fifa Reform Committee that came up with some changes, notably requiring more women in Fifa leadership, that was voted into effect by the Fifa Congress in February.

Previously, Bareman had ten years working in the banking and finance sector in New Zealand. She has been an active advocate for women’s rights in sport and administration. She has a reputation for having a strong work ethic and is someone who gets things done. Bareman also has a “lifelong passion for the game, having played from childhood.”

Bareman’s appointment will hopefully help in the growth of women’s football worldwide. She will take on her new role November 14. This comes as a welcome addition to the Fifa administration.

In November 2015, former player and Asian Football Confederation vice-president Maya Dodd emphasised the need for having more women involved in the world governing body, for her column in the New York Times:

Less than half of FIFA’s national federations have girls soccer programs. Those that do exist give a girl less access to facilities, less support, and poorer development pathways than her brother. She will play in competitions with less investment, minimal promotion, and consequently fewer fans than the all-important male versions. Media coverage will amplify this skew, battling age-old preconceptions and making her all but invisible in the mainstream. Administrators preoccupied with the men’s game will struggle to meet her needs.

The increased role of women in the governing body comes as a significant positive change from the football’s halls of power practising a culture of discrimination. There is a genuine need for gender balance in decision-making, so that better, and fairer decisions flow down at every level. Having women involved in the decision-making process will also result in a “fair share” of investment in the women’s game.