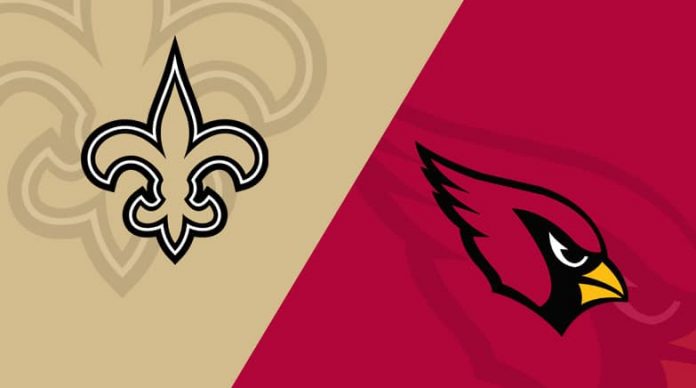 The New Orleans Saints and Arizona Cardinals both score on the first possession on Thursday Night Football.

The Cardinals won the toss but elected to defer and gave the Saints first possession.

The Saints got the scoring going early as quarterback Andy Dalton throws a 53 yard touchdown to wide receiver Rashid Shaheed.

That touchdown catch was only Shaheed’s second career NFL touch. He first touch went for a 44 yard touchdown run.

The Cardinals then responded with a respectable first drive of their own.

Quarterback Kyler Murray throws a beautiful pass on the run to receiver Rondale Moore to put them in good field position.

Arizona then settled for a 51 yard field goal with new kicker Rodrigo Blankenship. He was released by the Indianapolis Colts earlier this season. Blankenship was called up from the practice squad with current kicker Matt Prater out.