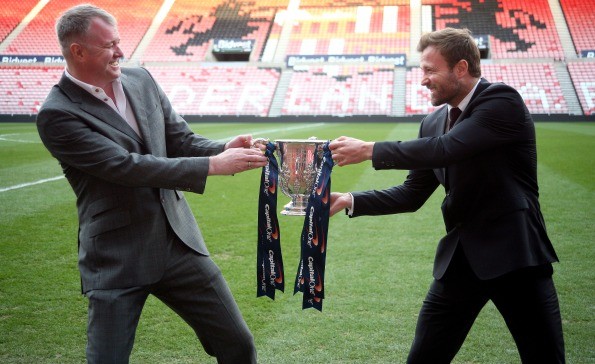 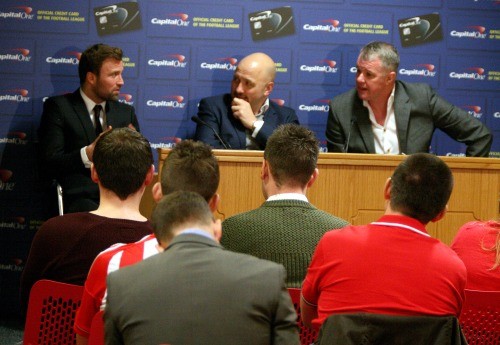 …the importance of the Capital One Cup

“The chance to win any trophy is great. In 1992 when I had the chance to be in the first team to win the League Cup for United against Forest, that was special. Playing at Wembley is always a fantastic occasion.”

“After the last few Manchester United games and the disappointment around the club at the moment, this game becomes more important than ever. It’s a chance for the team to win silverware and show that they have the talent to succeed.”

“Despite being a huge talent, Moyes is yet to win any major silverware, so I have no doubt that he will want to put that straight this season in charge of Manchester United.”

“Sir Alex Ferguson did it – the class of 92 were blooded in the league cup, they needed to play for the first team so that the manager could see how they reacted and lived up to the pressure of that stage. At the time it was described as a little disrespectful to the competition but I think the quality those players had and went on to have showed that it wasn’t.”

“No matter what people say, a season that finishes with a trophy in the cabinet is a successful season. Sir Alex made that very clear, if you finish a season with a trophy to your name the team has been a success.”

“He is in a transitional period and taking over a club on the scale of Man Utd isn’t like any other club, it takes time. I thought he was the right appointment at the time and that hasn’t changed now.”

…Silverware or staying in the Premier League

“Look at last season with the FA Cup and Wigan’s amazing run in that. Silverware is important for any club. Cup finals and trophies are written into the history of clubs and that can never be taken away from them.”

“Personally I would take winning the Capital One Cup and getting relegated than not winning it and staying up. If you have success all the time it’s different, but if you haven’t won a trophy in such a long time you need to take the opportunity.”

“We need to be on the front foot to win the game, we need energy and we need to get in their faces. It’s about not giving top class players time to play or time on the ball.”

“At the minute Man Utd are a wounded soldier and I think that means right now is the hardest time to play them – others might say it’s the easiest – but I’d disagree. They are playing for pride and some silverware this season.”

“We just need to make sure we don’t lose the tie in the first leg. At home we need to take advantage of the 12th man that is the crowd. Look at the way we played against Chelsea in the Quarter Final as an example of that, we created some good chances and played some great football.”