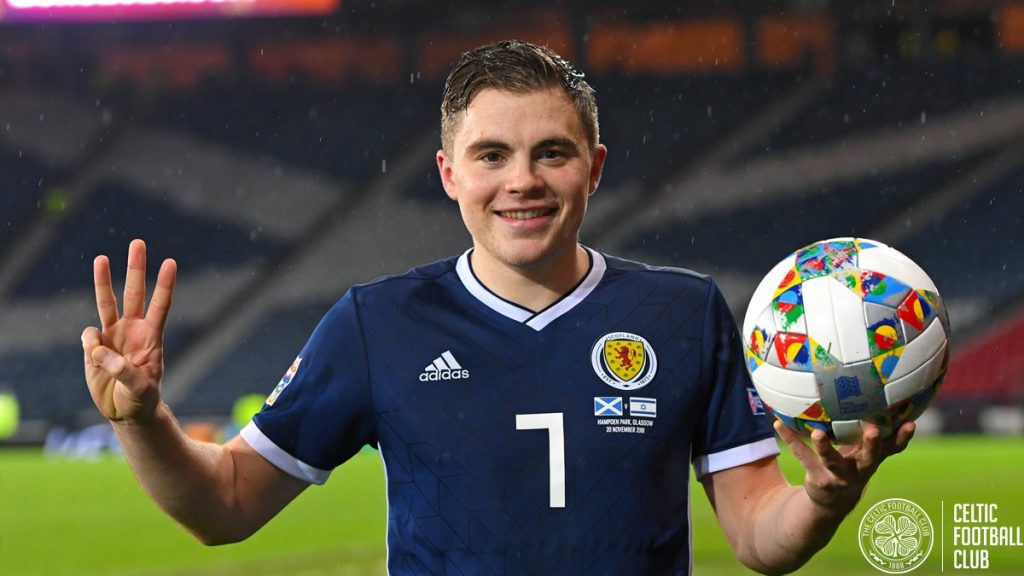 Celtic midfielder Ryan Christie was full of praise for his teammate James Forrest following the winger’s displays in the recent weeks.

Forrest has been unplayable for Celtic and Scotland in the last few games and Christie believes that players like him make it easier for others to perform well.

James Forrest has scored five goals in his last two games for Scotland and he has been operating at a similar level for his club as well. Brendan Rodgers will be hoping for more of the same when Celtic return to action after the international break this week.

Ryan Christie heaped praise on Forrest and claimed that his ‘touch and awareness is brilliant’.

He added that Forrest is currently on a different level and he is unplayable at times. He also explained that Forrest’s positive approach has been the key. Christie claims that Forrest is always looking to take players on from all across of the pitch.

The former Inverness player said: “It’s easy for me when you’ve got the likes of Jamesy Forrest and Ryan outside me and Fletch up top is a pleasure to play off, his touch and awareness is brilliant. Jamesy was on a different level so it’s easy for me to come in and keep feeding them. Jamesy took his finishes superbly. He is brilliant. When you have got him on form like he is just now, he is unplayable at times. He can pick up the ball in any area of the park and takes players on. He is always so positive and it makes our job easier to keep feeding the ball to him.”

It will be interesting to see if Forrest manages to keep playing at this level in the coming months. He could be crucial to Celtic’s title defence this season.