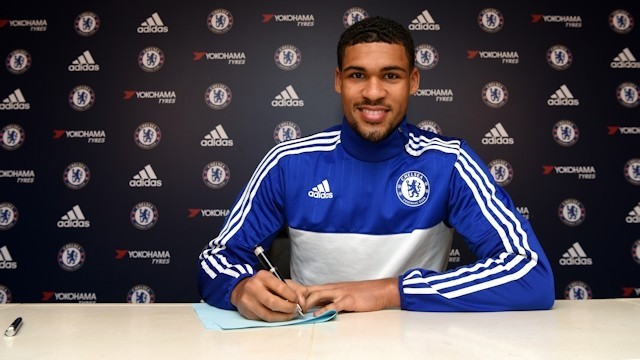 Chelsea midfielder Ruben Loftus-Cheek has signed a new contract with the Blues that will tie him at the club till 2021.

The 20-year-old has made 13 appearances for the Blues since making his debut in 2014, and has played only 10 minutes of Premier League football in 2016.

Loftus-Cheek joined the club when he was eight years old, and naturally it is satisfying for him to seal a long-term professional contract at his boyhood club.

“The club have done so much for me since I started here as an under-eight and now I want to repay the faith they have shown in me with my performances on the pitch,” he said.

Chelsea’s policy of giving more importance to established superstars have seen the club neglecting the rise of academy youngsters to a great extent. Talented young players across the world are being signed at the club regularly, but surprisingly, very few get the opportunity to represent the club at the senior levels.

Despite a managerial change at Stamford Bridge this season, following a series of poor results under Jose Mourinho and the re-appointment of Dutchman Guus Hiddink on temporary basis, Loftus-Cheek has only made nine appearances in all competitions.

The good thing is, however, he has never been loaned out, which shows the club sees him as a prospect for the future, and have high hopes on him.

He has been an integral part of Chelsea’s youth side, and enjoyed a huge success for the junior side, winning the FA Youth Cup in 2012 and 2014, the Under-21 Premier League in 2014 and the UEFA Youth League in 2015.