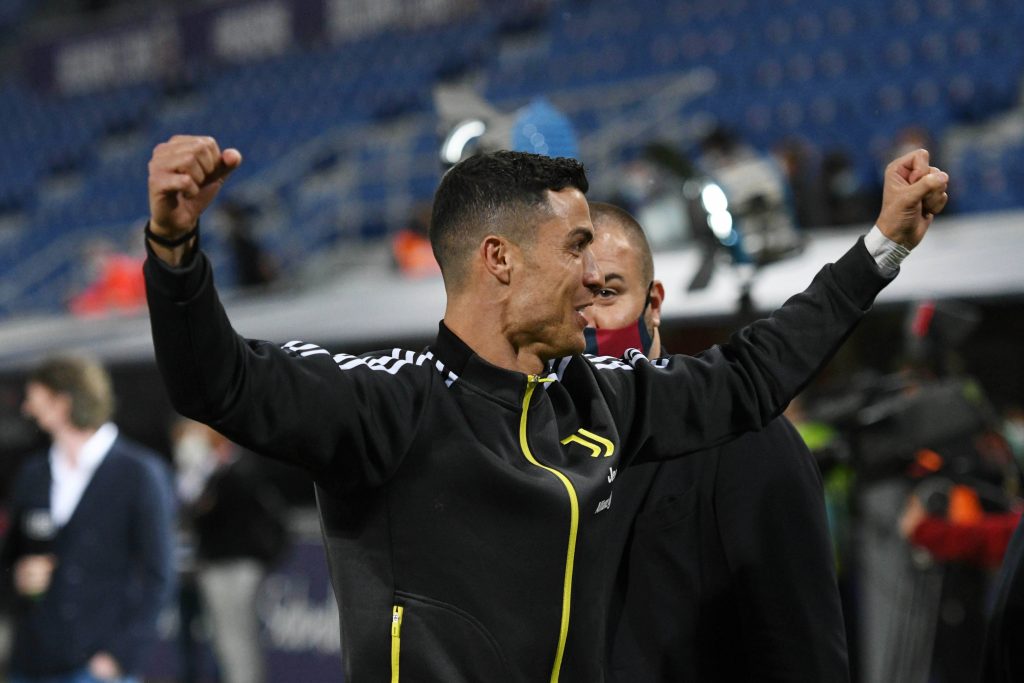 Cristiano Ronaldo’s future is likely to be a main topic of discussion this summer, with his contract with Juventus due to expire in 13 months.

The Portuguese had another top individual campaign for the Bianconeri with 36 goals in all competitions, but it was insufficient to extend their Serie A dominance.

After nine straight league titles, the club were outclassed by Inter Milan in the race for the Scudetto. The Nerazzurri finished 13 points ahead of them at the top.

Elsewhere, they only booked their Champions League spot for next season on the final matchday, courtesy of Napoli dropping points against Hellas Verona (1-1 draw).

Since the end of the season, the hierarchy have made big changes with the decision to part ways with CEO Fabio Paratici and manager Andrea Pirlo.

Massimiliano Allegri has returned as the head coach just two years after leaving the position. It could be a huge summer ahead for the Bianconeri.

With Ronaldo’s future remaining uncertain, we look at where he could be playing next season.

Missing out on the Champions League would have been a huge blow for the club, but they managed to avoid the prospect with a final day win over Bologna.

They don’t need to sell Ronaldo, who is valued at €28 million. The club had the ambition of winning the competition when Ronaldo first arrived in 2018.

Things have not gone as planned, and there could be a minor squad rebuild. Keeping Ronaldo on their side definitely boosts their chances of lifting European silverware.

United have looked at the prospect of re-signing Ronaldo on numerous occasions, and they were keen on landing his signature in 2018 before he made the switch to Turin.

Ole Gunnar Solskjaer has reaped benefits with signing an experienced striker in Edinson Cavani last summer, and Ronaldo’s return to Old Trafford can’t be ruled out.

He would cost potentially Premier League record wages. This may not prove a stumbling block with the star’s massive commercial value despite turning 36.

Kylian Mbappe has been linked with a possible move to Real Madrid this summer, which has led to the possibility of Ronaldo moving to Parc des Princes.

However, the Ligue 1 giants are not actively looking into a move for the Portuguese superstar, and their priority remains on convincing Mbappe to stay.

They can’t be completely ruled out from making an approach with Neymar previously talking about his desire to play alongside Ronaldo.

Los Blancos president Florentino Perez previously ruled out a return for Ronaldo, but he continues to be regularly linked with his former club.

The club are aiming to reduce €100 million from their wage bill, which has seen them stall on renewing the contracts of Sergio Ramos and Raphael Varane.

Ronaldo had differences with Perez over a pay rise for ageing Galacticos, and a reunion appears very unlikely this summer.

Sporting recently won the Primeira Liga title after 19 years. Club president Frederico Varandas has since said that Ronaldo could return to play for the club one day.

However, it may not be anytime soon. Ronaldo may want a final crack at winning the Champions League trophy and a sixth Ballon d’Or crown.

He is unlikely to realise those targets with a return to his first club. This could also rule out a possible move to Major League Soccer this summer.