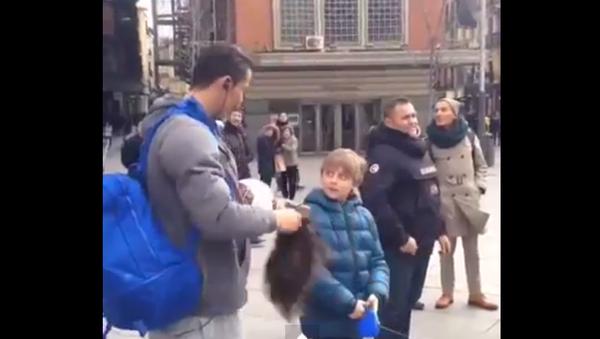 Back in January, a video featuring Cristiano Ronaldo being dressed up as a homeless man to surprise a young boy in Madrid, emerged in the media that created a lot of interest among the football fans.

Ronaldo, the three times Ballon d’Or winner, disguised in a wig, moustache, and baggy clothes in Piazo del Callao, was found playing football in the streets of Madrid.

The former Manchester United star has finally revealed the entire video on Monday. Ronaldo was even turned down by a woman after asking for her phone number!

It was yet another classy move from the former Manchester United winger who definitely has given the young fan a lifetime moment to remember.

People are going to think that I’m crazy!#LIVELIFELOUDwww.ebay.com/roc