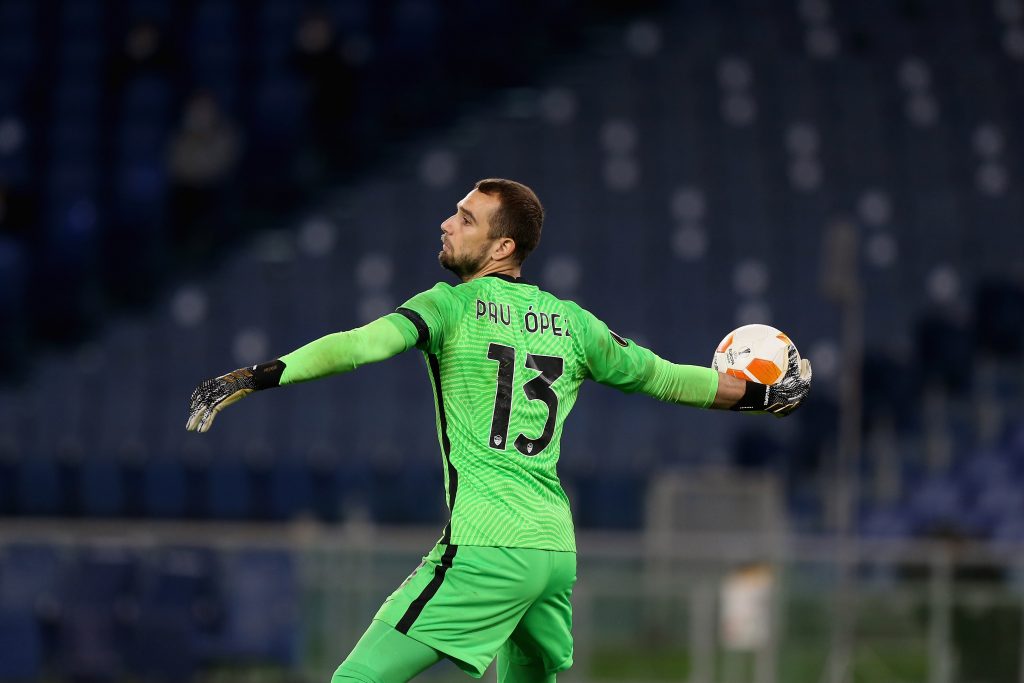 Roma have turned down an offer from West Ham United for goalkeeper Pau Lopez, according to an article by forzaroma.info.

The Spaniard joined Roma from Real Betis in the summer transfer window of 2019 for a reported €23.5 million. He made 42 appearances in all competitions last season for Paulo Fonseca’s side.

He has not been so busy this season, having lost his starting place to veteran stopper Antonio Mirante. Nonetheless, Lopez has featured in six of the last seven games.

The former Tottenham Hotspur loanee has been the subject of interest from West Ham, who reportedly made a loan bid for the goalkeeper with an obligation to buy based on meeting certain criteria.

However, according to forzaroma.info, La Lupa have turned down the offer as Lopez has no intention of leaving the Stadio Olimpico.

While he may not have received as much game time as hoped this season, Lopez may find himself starting regularly again soon if he bides his time. The Spain international is 26 years old – 11 years younger than teammate Antonio Mirante.

This isn’t the first time that West Ham have been linked with the Roma man. Last summer, it was believed that the Hammers were competing with Newcastle United for his signature.

David Moyes’ side will be looking for a long-term option in between the sticks. Number one choice Lukasz Fabianski is 35 now, while back up options Darren Randolph and David Martin are 33 and 34 respectively.

Elsewhere at the London Stadium, West Ham are in the hunt for a new striker having sold record signing Sebastien Haller to Ajax.

Arsenal’s Eddie Nketiah and Bournemouth’s Josh King were both rumoured to be on Moyes’ wishlist, but both moves seem unlikely.