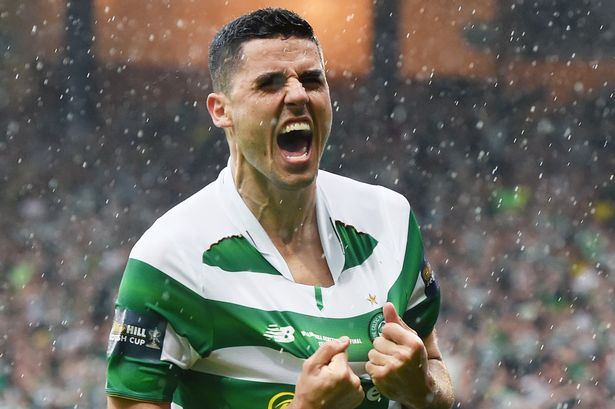 Tom Rogic may have an uncertain future at Celtic after struggling for playing time this season. It’s becoming a familiar occurrence that the 27-year-old misses the majority of a campaign due to injury or being out of favour, but this may be his final term at Parkhead.

Rogic joined Celtic from Central Coast in 2013 and has gone on to make 178 appearances in all competitions, scoring and creating 68 goals. The Australian international has made only 51 appearances (3262 minutes) from a possible 96 (8640) in the last three seasons, however, which is 53% of the games and 38% of the playing time.

With Rogic making only eight league appearances this season, scoring one goal in 371 minutes of football, it’s hard to see him having a future beyond 2020. Neil Lennon has preferred Callum McGregor and Ryan Christie over Rogic in midfield. The 27-year-old has been an unused substitute on 11 occasions and racked up only 14 minutes of football in Celtic’s last six league outings.

He’s on the periphery at Parkhead and may need to leave for more playing time. Whether that’s this month or next summer remains to be seen, however.