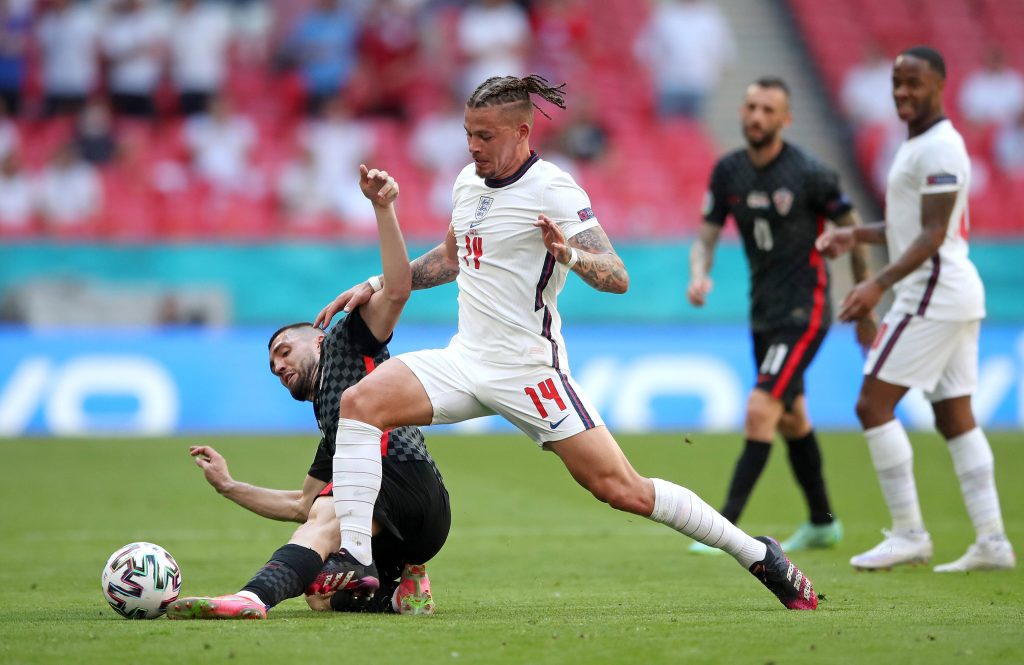 Leeds United midfielder Kalvin Phillips became the darling of Europe yesterday after putting in a man-of-the-match performance in England’s 1-0 win over Croatia.

The 25-year-old was making his debut for the Threes Lions at a major tournament, but his performance at the country’s European Championship opener mirrored that of a veteran.

The Leeds star bossed the midfield, with Croatia’s Luka Modric and Mateo Kovacic unable to cope with his strength and overall brilliance.

The big clubs on the continent would have been alerted by Phillips’ performance on Sunday, and a couple of them could come calling this summer.

The England international is not expected to leave Leeds anytime soon, but more bids will likely come in next summer if, as expected, he impresses at the World Cup.

Holding on to Phillips could prove difficult for the Elland Road outfit, and former Leeds centre-back Rio Ferdinand has replied on Twitter when asked about the player’s future:

The “Yorkshire Pirlo” loves Leeds to bits, but could the chance to win silverware domestically and on the continent lure him away from Elland Road?

While they cannot flex the financial muscles of the moneybags, the Whites have got an ambitious owner in Italian businessman Andrea Radrizzani, and they plan to break into Europe soon.

They may not look like it right now, but Leeds could be playing Champions League football and challenging for the Premier League title sooner rather than later.

Planning towards such lofty ambitions would definitely help them hold on to a player like Phillips.