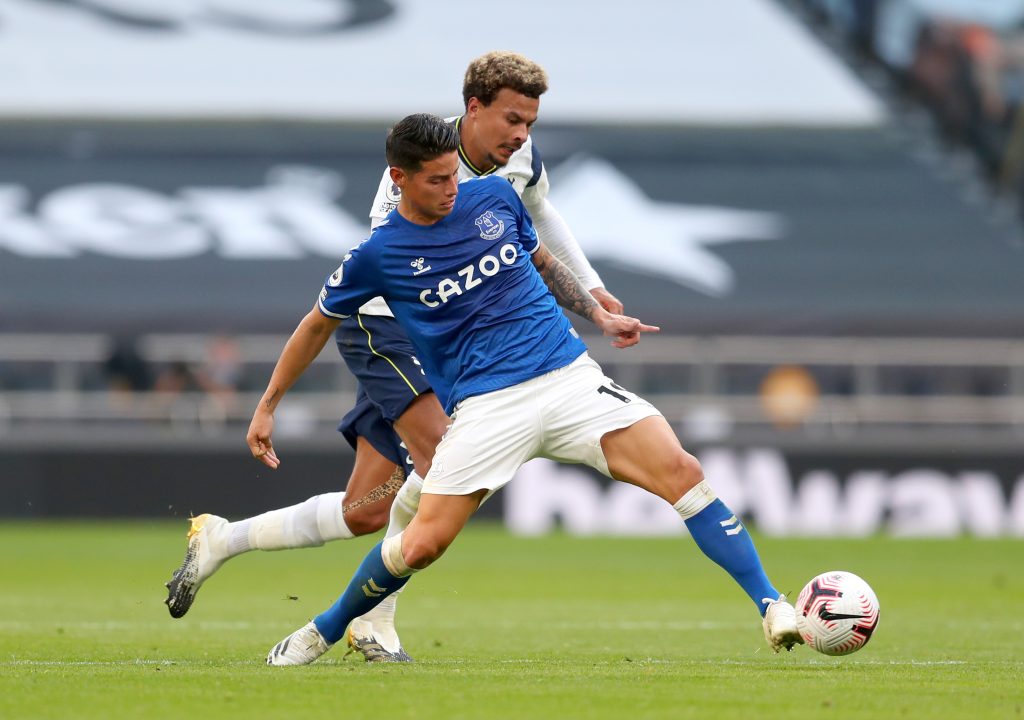 The former Real Madrid player moved to Goodison Park this summer and he has been sensational for Everton so far. He has been one of the best players in the league and Richarlison claims that it is a dream come true for him to play alongside a player of Rodriguez’ calibre.

He said to FIFA: “I’ve fulfilled so many dreams already that I’m so grateful for. Playing alongside James Rodriguez is another one. I dreamed of playing for the Seleção innumerable times since I was very little, and playing alongside Neymar, Coutinho, all the Seleção players is a big dream for me. Gabriel Jesus is another. We’re from the same age group and when I was in the youth national teams, he was already a star, already playing first-team football, so he was a source of inspiration for me.”

The 29-year-old has picked up three goals and two assists in four league games so far and he has been instrumental to Everton’s outstanding start to the season.

It will be interesting to see if Rodriguez can help Everton qualify for European football this season.

He is a world class player on his day and he has improved the Toffees immensely going forward. His service has already helped Calvert-Lewin score more goals and Richarlison will be hoping that the Colombian creator can help get the best out of him as well.

After a forgettable spell at Real Madrid, James Rodriguez is close to getting back to his best again and the Everton fans will be hoping for more of the same in the coming months.