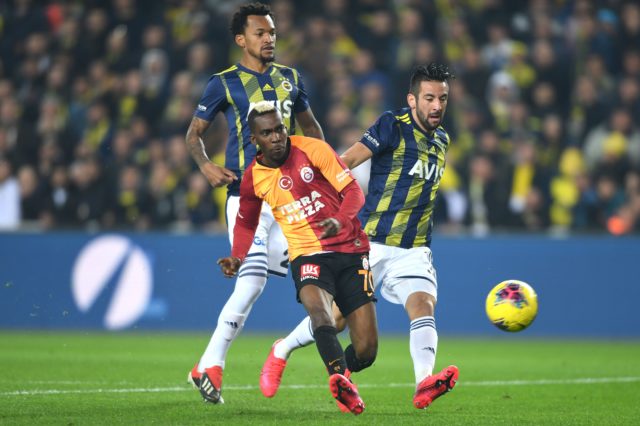 According to Eurosport France, Henry Onyekuru is set to join Turkish club Galatasaray on loan for the rest of the season.

Gala will have an option to buy the striker at the end of the campaign.

French journalist Manu Lonjon shared the transfer details on Twitter last night. He claimed that the player will take now a flight to Istanbul.

Monaco has signed Krépin Diatta as their new winger, and they are allowing Onyekuru to leave this month.

Galatarasaray are set to sign Henry Onyekuru from Monaco on loan with buy option. The deal is expected to be completed tomorrow after Monaco signed Diatta as new winger. as per @ManuLonjon. 🇹🇷 #transfers #Gala

Earlier this week, Turkish website Sabah claimed that West Ham United are interested in signing Onyekuru before the end of the January transfer window.

The Hammers are keen to bolster their attacking department this month following the departure of Sebastien Haller. They have been linked with a host of strikers, including Onyekuru, but they have now suffered a blow in the race to sign him.

The 23-year-old was signed by Everton in 2017 but he hasn’t made a single appearance for the Toffees due to work permit issues.

He spent time on loan at Anderlecht and Galatasaray, scoring 26 goals across his spells at both clubs before moving to Monaco in the summer of 2019.

West Ham have Michail Antonio as the club’s only recognised striker, but it will be too risky to not sign a back-up option this month.