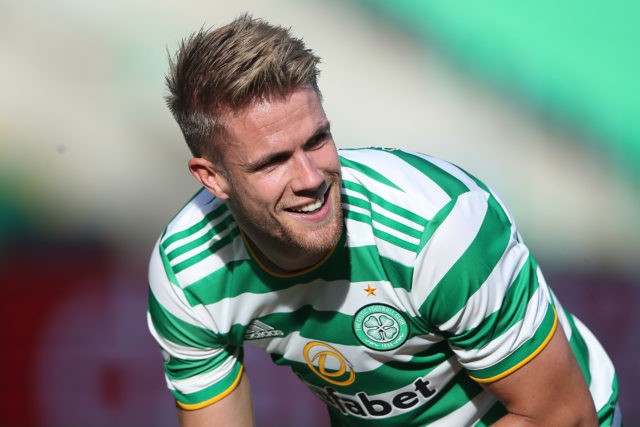 West Bromwich Albion are reportedly interested in signing Kristoffer Ajer from Celtic in the summer transfer window, according to reports from The Athletic.

The Baggies are looking to bolster their defence this summer following their return to the Premier League.

The newly-promoted Premier League side conceded almost a goal per game in the Championship, and Slaven Bilic badly needs to reinforce his defence.

West Brom are interested in signing Shane Duffy, but it seems Brighton are unwilling to sell him to a rival Premier League club.

According to reports from The Athletic, the West Midlands outfit are considering other options, and one of those players is Celtic’s Ajer.

The report claims that the English club have already made their intentions clear. However, the Norwegian’s asking price could prove to be a big stumbling block.

The 22-year-old joined the Bhoys in 2016 and has gradually established himself as a key player for the Glasgow giants.

He has made three appearances in the new campaign already, and Celtic boss Neil Lennon wants to keep him at the club.

According to reports from the Daily Record, Premier League outfit Leicester City and Italian giants AC Milan are interested in signing him.

Celtic are likely to ask for close to £20million for one of their best prospects. However, the Baggies are unlikely to pay that amount for him.