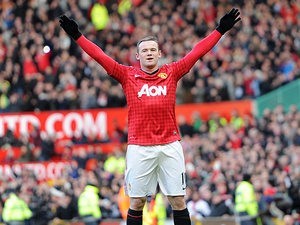 It’s raining superstars for the second edition of the Indian Super League (ISL). After reports earlier suggested that Brazil legend Pele is set to attend an ISL match in Kolkata in October, followed by a visit to Delhi, the Times of India report that Manchester United captain Wayne Rooney could also visit the City of Joy in the second or third week of November.

The report from Times of India suggest that should things fall into place, Rooney will be promoting the ISL on his maiden visit to India. Atletico De Kolkata co owner and Indian cricket legend Sourav Ganguly confirmed Rooney’s visit.

The former Indian captain said while leaving the Cricket Association of Bengal (CAB) office on Wednesday was quoted saying, “Wayne Rooney is coming to the city in November.” Ganguly has in fact already shot a promo on Rooney’s visit to India for the official broadcasters of the ISL.

Rooney who recently became England’s leading goal scorer with 50 strikes breaking United legend Bobby Charlton’s 45-year-old record, could be in the sub continent in the second or third week of November. The dates though haven’t been finalised as of yet.

The United captain will get a break from club from November 8 to 20 which is the next window for International friendlies. England are scheduled to play two games during against Spain (November 13) and France (November 17) during that period.

Thus efforts are being made to squeeze out a two or three-day schedule for Rooney’s Kolkata strip which could also include visits to one or two other ISL centres.