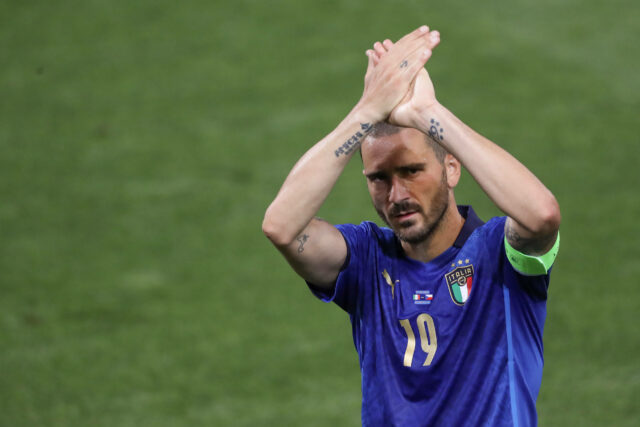 Tottenham Hotspur are reportedly looking to add a defender in the summer transfer window.

Spurs are without a manager at the moment, with the latest report from Sky Sports claiming that they have called off plans to appoint Antonio Conte after a breakdown in talks.

However, Fabio Paratici is expected to join Spurs as the new director of football as early as next week. He has already accepted the offer from the north London club.

Agreement reached, matter of details. Fabio Paratici joins Tottenham as new director of football, he’s expected to sign next week. He’ll be involved in the new manager decision – Paratici spoke with Levy and will accept the job despite Conte refused to join Spurs. ⚪️ #THFC

The appointment of Paratici could see Spurs being linked with a host of Italian players this window.

According to reports from TMW, Spurs are serious about signing Juventus defender Leonardo Bonucci.

At the moment, it is just an idea, but it can “become something more” in the coming weeks.

Spurs are looking to bolster their defence this summer, and they are evaluating various options. The club have earmarked the 34-year-old as one of the potential candidates.

The 102-times capped Italy international is a vastly experienced player. He has played for Milan clubs in his career, but it is with Juventus that he has enjoyed a successful spell in two stints.

In his first spell with the Old Lady, he made 319 appearances for them. In his second spell, he has managed 123 appearances.

Bonucci has won eight Serie A titles with Juventus and could be a smart addition for Spurs if they can get him cheaply.

There may be doubts about signing a veteran player who has never been exposed to English football before.

However, Spurs will hope to replicate a similar strategy adopted by Chelsea when they signed Thiago Silva last summer.