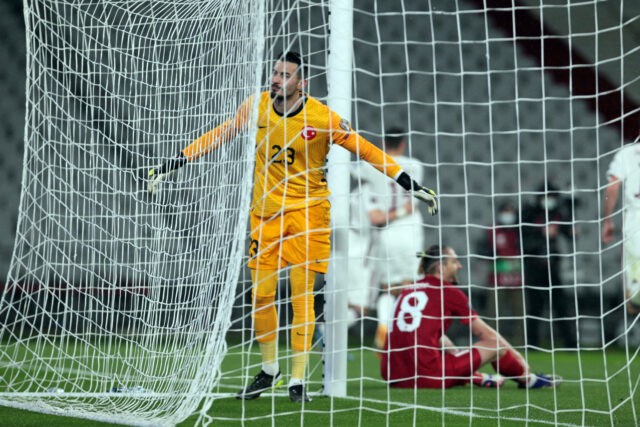 Spurs probably need to sign a goalkeeper this summer, with Hugo Lloris’s future uncertain as his contract expires in 2022.

The 34-year-old is yet to pen a new deal and Spurs must start planning for the future, with or without Lloris.

Spurs have already seen one of their prime targets – Mike Maignan – move to AC Milan, while another goalkeeping target – Gregor Kobel – is set to join Borussia Dortmund in the next few days.

According to reports from Fotomac, Trabzonspor want €20 million (£17m) for Cakir. Lille and Inter Milan are also interested in signing him.

The report claims that Spurs have held talks with the player’s agent over a potential move this summer. Trabzonspor will listen to offers that match or exceed their asking price.

The Turkish outfit may not be willing to conclude any deal until after the European Championships have concluded in the hope that they can increase his transfer value if he does well.

The 25-year-old is already seen as one of the most valuable players in the Turkish League. Last season, he kept 13 clean sheets in 38 appearances.

He has a contract with Trabzonspor until the end of June 2024, while the Turkish outfit are in no rush to sell him.