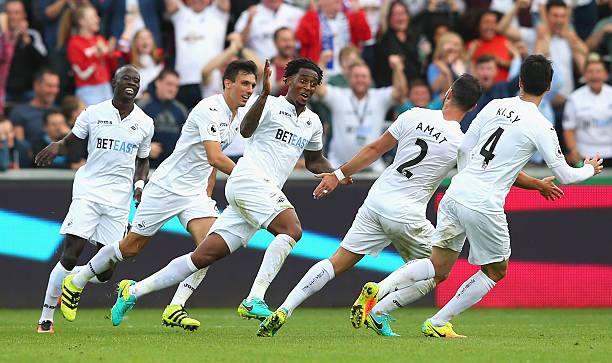 According to The Sun’s Alan Nixon, Sheffield United are keen on former Swansea City midfielder Leroy Fer and have taken a late interest in the free agent.

Sheff U. Taking a late interest in Leroy Fer. Feyenoord well down the line with it though. Free agent. Ex Swansea. Dutch midfielder.

The Netherlands international left Swansea City last month upon the expiry of his contract, and manager Chris Wilder seems keen to boost his ranks in the middle of the park with the experience of the 29-year-old.

Eredivisie side and his former club Feyenoord are also keen on Fer, but staying in England and returning to the top-flight could be more attractive to him.

The Blades have already secured the signings of Luke Freeman, Phil Jagielka,
Callum Robinson, Ravel Morrison and Lys Mousset, and adding the Dutchman will come handy.

With 123 Premier League games under his belt, Fer is the type of signing Sheffield need as they look to stay up in the EPL next season.

The former Norwich City midfielder has 16 top-flight goals to his name and can feature effectively in deep and central midfields.

He brings competition and depth to the Blades midfield if snapped up, and it will be interesting to see if they can get a deal for him over the line.