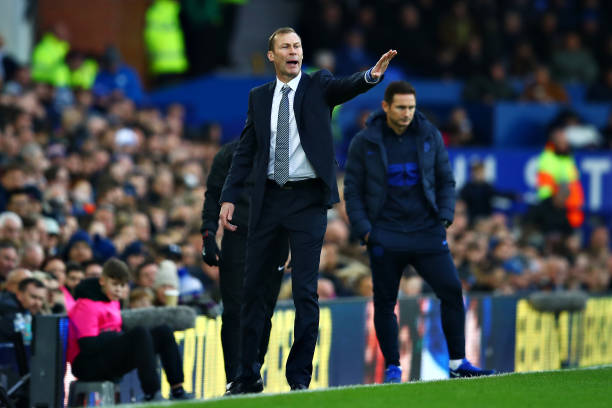 According to The Athletic’s Patrick Boyland and Greg O’Keeffe, Everton assistant manager Duncan Ferguson tore into the players after their woeful performance during Sunday’s loss at the hands of a second-string Liverpool at Anfield, and some of them weren’t having any of it.

The senior players fired back at Big Dunc, insisting they gave their all and blaming manager Carlo Ancelotti’s setup and tactics for the loss.

Curtis Jones’ second-half goal separated the two sides, but Everton had several chances to race into a comfortable lead and put the game to bed during the opening 45 minutes.

Some of the Toffees stars reckon their impacts on the pitch are being limited by the Italian’s style of play, and the boss was shocked at how bad some of the displays were from senior players.

Everton had the chance to get their first win at Anfield since 1999 but squandered it, and their wait for a victory against Liverpool since 2010 continues.

Some already dub Sunday’s game as Everton’s worst performance in a Merseyside derby since 1985, and the fact that the visitors’ starting XI – which cost £221 million – couldn’t perform against an inexperienced and young Liverpool starting XI which cost £44 million remains baffling.