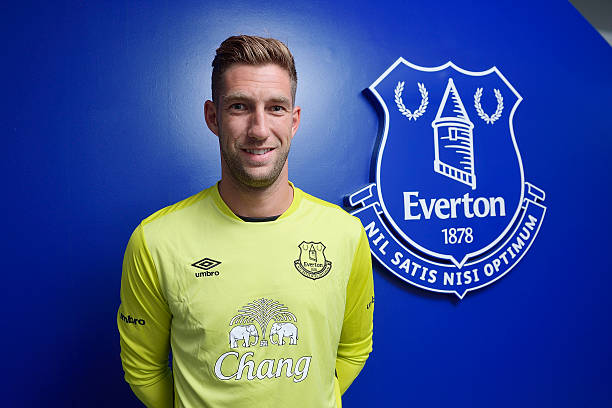 According to Sportsmail, Real Madrid are keeping tabs on Everton goalkeeper Maarten Stekelenburg with Keylor Navas linked with an exit.

The Colombian is currently second-choice behind Thibaut Courtois at the Santiago Bernabeu, and is attracting interest from the likes of Paris Saint-Germain.

While boss Zinedine Zidane will prefer to hold on to Navas, he is aware he could force an exit in his search for first-team football, and the Madrid manager has identified Stekelenburg as a summer transfer target.

The Dutchman is currently third-choice at Goodison Park behind Jordan Pickford and summer arrival Jonas Lossl, and has less than a year left on his current contract.

At 36, Everton will be more than glad to move the veteran on as manager Marco Silva is well-stocked in the goalkeeping department.

Stekelenburg arrived on Merseyside in the summer of 2016, featuring in 19 league games and making five appearances in other competitions over the last two seasons.

The former Ajax man helped the Netherlands to the final of the 2010 World Cup final and has featured for the likes of AS Roma, Fulham, Southampton and AS Monaco.

The European transfer window shuts on September 2, and Madrid will have to make their move for the out-of-favour Everton man once Navas leaves, although AC Milan’s Pepe Reina is also on their radar.