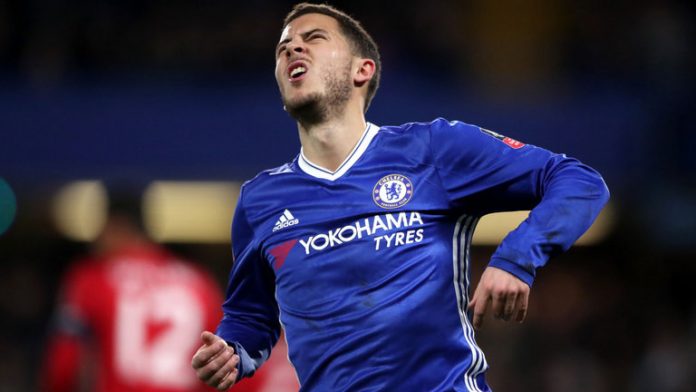 The future of Chelsea superstar Eden Hazard at Stamford Bridge remains shrouded in the clouds as he continues to stall over signing a new deal.

The Belgium international has routinely been linked with Real Madrid, and Spanish radio Onda Madrid, via AS, reports that terms have been agreed between both club and player ahead of a transfer next summer.

Hazard’s current deal at Chelsea ends in 2020, and the player is taking his time as regards signing an extension the London club so much craves.

The Blues value the 27-year-old around £150million, but it remains to be seen if Madrid will be willing to meet their demands given the limited number of months left on the player’s deal.

A player-plus-cash deal could work out, with Madrid most likely to be keen to let Mateo Kovacic go permanently after loaning him out to Chelsea at the start of the season.

Should Hazard insist on going, the London giants wouldn’t be left with much of a choice, and their level of achievements at the end of this season will go a long way in determining what the Belgian does next.

The attacking midfielder has made it known on several occasions that he would love to play for Madrid, and that dream could come true sooner or later.