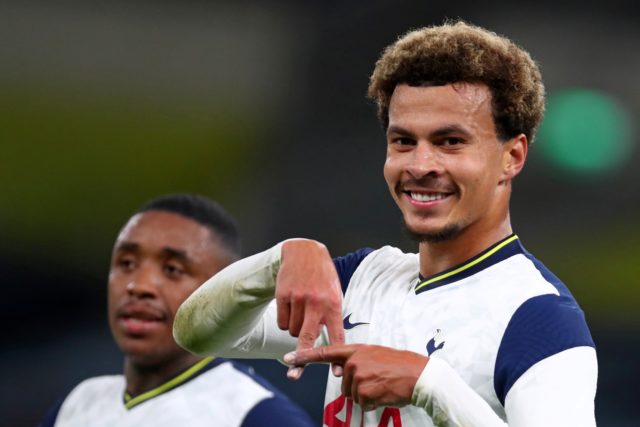 French champions Paris Saint-Germain are still hoping to sign Dele Alli from Tottenham Hotspur before the transfer deadline, according to reports from The Mirror.

The Mirror claims that Spurs are bracing themselves for a final push from PSG to sign Alli on loan.

The 24-year-old has been left out of Jose Mourinho’s last two Premier League squads, having being withdrawn at half-time in their season opener against Newcastle.

Although he played in the Europa League game, and Mourinho insisted before that the England midfielder remains a part of his plans, a move away from the club cannot be completely ruled out either.

The report from The Mirror adds that Alli’s situation has opened the door for PSG, who believe there is a deal to be done.

The French champions have identified the out-of-favour Spurs midfielder as their priority signing before the window closes.

An opening offer of £1.5m was rejected by Spurs last week but PSG are prepared to keep trying until the transfer window closes on Monday night.

Tottenham chairman Daniel Levy, however, does not want Alli to go and has already rejected one offer.

PSG are likely to return with a better offer, but whether Spurs will accept it remains to be seen.