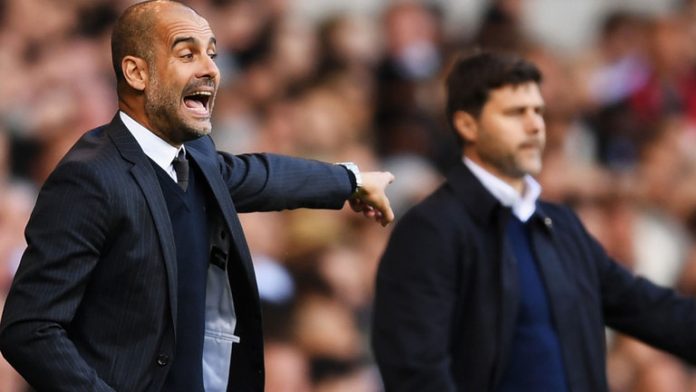 Manchester City were held to a 2-2 draw by Tottenham Hotspur at the Etihad Stadium on Saturday, with VAR and the new handball rule denying Pep Guardiola’s side of sealing a late victory.

Gabriel Jesus injury-minute strike was ruled out as Aymeric Laporte’s hand touched the ball during the build-up to the goal.

City were by far the better side, though, ending the clash with 30 shots, while Tottenham mustered just three.

10 of the Citizens’ attempts were on target, but Spurs were more clinical, scoring from both of their shots on target.

Guardiola will demand his men get better in front of goal and even when defending, and he was involved in a touchline row with Argentina international Sergio Aguero as a result.

The Athletic reports that Pep was unhappy with the striker’s positioning for both of Spurs’ goals – the second coming from a near-post corner.

Aguero scored Man. City’s second goal, putting his side ahead 10 minutes heading into the break after Erik Lamela’s goal had cancelled out Raheem Sterling’s strike.

Defending set-pieces remains a major weakness for the Premier League defending champions, and they have to improve if they are to successfully defend their domestic treble and challenge for the Champions League this term.