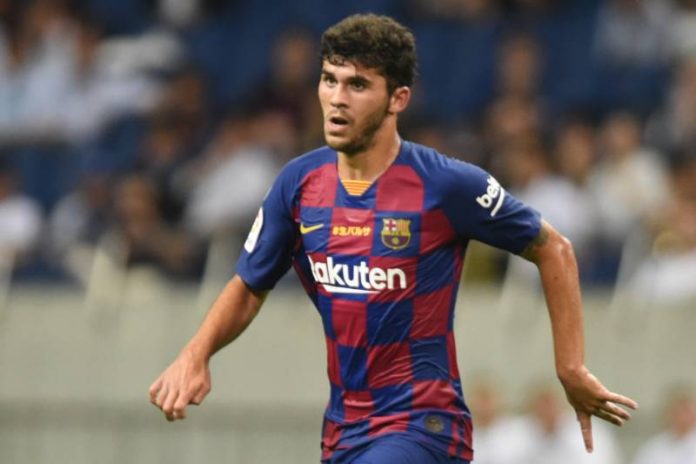 According to Marca, Newcastle United are interested in signing Carles Alena from Barcelona in the summer transfer window.

The report in the Spanish publication has also claimed of interest from Newcastle in Barcelona attacking midfielder Philippe Coutinho, currently on loan at German powerhouse Barcelona.

Alena came through the Barcelona youth academy, but the 22-year-old central midfielder has made a handful of appearance for the Spanish giants’ first team.

The Spanish youngster joined Real Betis on loan from Barca in the January transfer window.

According to WhoScored, the midfielder has made four starts and four substitute appearances in La Liga for Betis so far this season.

The youngster also made two starts and two substitute appearances in La Liga for Barcelona this campaign before his loan move to Betis in January, according to WhoScored.

Football in Spain is suspended at the moment due to the coronavirus pandemic, and it is not clear when the season will resume.

The Premier League is also suspended for the time being, and it is unclear if the summer transfer window will open when it is scheduled to.

Newcastle are unlikely to get relegated to the Championship if and when the campaign gets back underway.