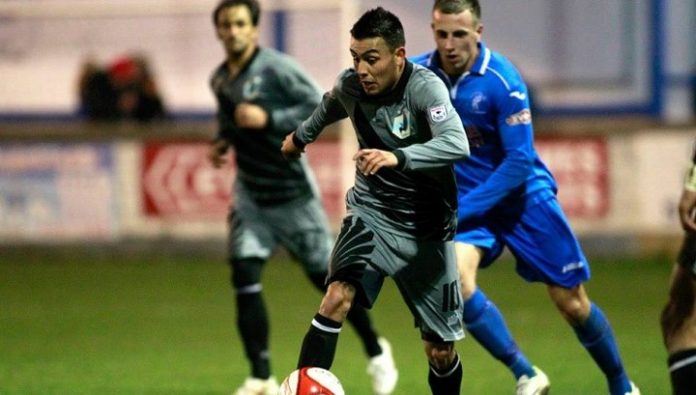 North American Soccer League midfielder could possibly become the first NASL to be called to USMNT since 2005.

On Monday ESPNFC.com first reported that Minnesota United’s midfielder Miguel Ibarra is on the verge of becoming the first player to be called into the Senior U.S. Men’s National team in Oct. from the NASL, since Clyde Simms was in 2005.

Ibarra if called in the camp for both home friendly matches in Oct. against Ecuador on the 10 at East Hartford, Conn. And the last match against Honduras on the 14 at Boca Raton, FL, it will send shock waves up and down the establish soccer world in America. The message is that there are potential national team’s players in the NASL and not only in Major League Soccer.

The 24-year-old midfielder has helped Minnesota turn their season around, and now United are headed confidently to the post-season. A large part due to the one time Portland Timber, he has scored eight goals this season and leads the team with five assists, not to mention the speedy midfielder has been nominated in the NASL players of the week two weeks in a row now.

However, the good form of the Lancaster, CA. native has been noticed by other eyes then Jürgen Klinsmann, the new MLS side Orlando City Soccer Club are interested in signing the midfielder so his days of being an NASL player and a uncapped U.S. international are numbered.

“Jurgen, in his first three years, showed that he was going to look in all places for players, whether it was MLS, Mexico-, European-based players … and you can expect that he’ll continue to do that,” a source with knowledge of the situation told MLSsoccer.com. “He has been watching NASL games this season. He’s aware of the level there. He’s watched these players.”

So far the only player to have a guarantee spot on the roster for the Oct. friendly’s is Landon Donovan, since this will be his swan song for the USMNT. But for Ibarra and the rest of the possible players they will be waiting for Klinsmann final decision to decide who will be playing against South American and Central American rivals.