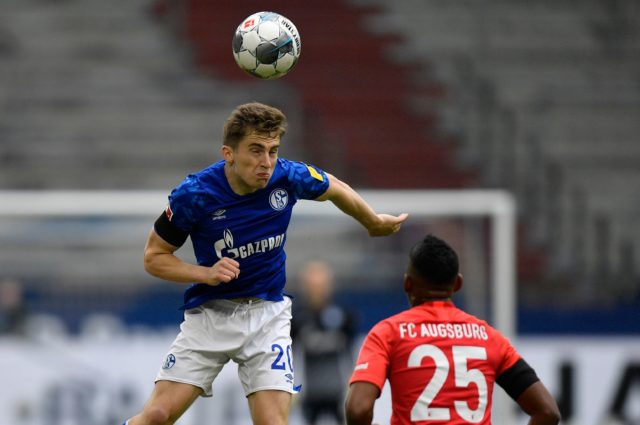 Everton need to find a solution to their right-back situation during the summer.

Seamus Coleman remains the club’s first-choice right-back, but he has hardly been consistent this season.

Djibril Sidibe, who joined on a season-long loan last summer, has featured regularly but his future still hangs in the balance.

Everton can sign him on a cut-price deal if latest reports are to be are to believed. However, the Frenchman must reach an agreement by June 23 in order to extend his own temporary stay at Merseyside.

And then, there is Jonjoe Kenny, the homegrown product of Everton, who has done extremely well since moving to Schalke on loan.

According to reports from The Athletic, Everton have been monitoring Kenny’s progress closely throughout the season.

The report claims that Marcel Brands, Everton’s Director of Football, has made personal checks on him and the club’s scouting team have been tracking his progress.

The Toffees want to use him as an ‘exemplary case’ as they want other European clubs to show more interest in their players and take them on loan.

Everton are also actively looking for options in the market with the Toffees showing keen interest in signing Lazio defender Adam Marusic, who is available for around €15m.