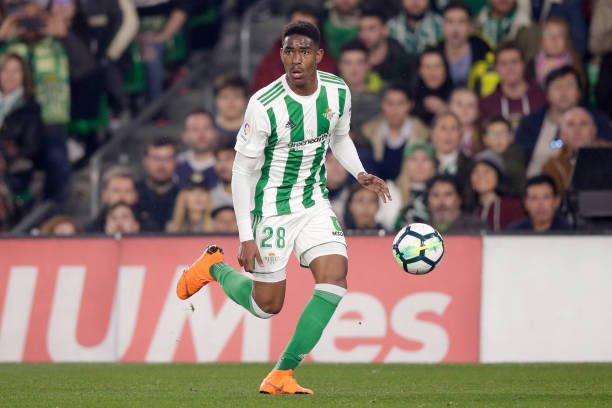 According to AS, Manchester United have entered into talks with Real Betis in order to secure the services of left-back Junior Firpo this summer.

Firpo was once on the radar of the likes of Manchester City and Barcelona before two successive injuries slowed down his progress, but that hasn’t stopped him from attracting significant interest from Real Madrid after catching their eyes once again.

United could beat Los Blancos to his signature this summer, though, and they are said to be willing to part with £26 million for his services.

The 22-year-old still has three years left on his current contract, with a £44 million release clause on his head.

The Red Devils are ready to strongly back manager Ole Gunnar Solskjaer in the transfer market this summer, and might be willing to meet Betis’ and Firpo’s demands.

Despite primarily being a left-back, the Dominican Republic-born defender plays comfortably further up the pitch, and such versatility might have attracted United to him.

So Firpo will most likely be playing on the wings should he move to Old Trafford, and it will be exciting to see how things go.