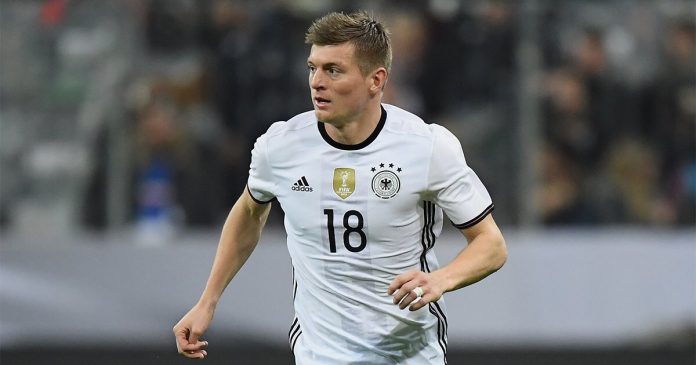 According to The Sun, Manchester United can secure the services of Real Madrid midfielder Toni Kroos for £50million this summer.

The 29-year-old was a United target back in 2013, agreeing to switch Bayern Munich for Old Trafford, but Madrid pipped them to his signature in the summer of 2014, signing the World Cup winner for £27million.

Kroos has since won it all at the Santiago Bernabeu, boasting of three Champions League titles and a La Liga winners medal.

The Germany international has three years left on his current contract with Madrid, but it is believed he is keen to reignite his career elsewhere, and the Red Devils can now finally get their man five years after missing out on him.

Madrid aren’t having a great campaign at the moment as they are set to finish the season without a trophy, and neither is Kroos – who has managed just five assists and a goal in 33 appearances across all competitions.

Paris Saint-Germain are also keen on the German midfielder, and are said to be preparing a £68million bid ahead of the summer transfer window.

United interim boss Ole Gunnar Solskjaer, set to be named permanent manager will be making some squad changes over the summer, and while it remains unknown if Kroos features in his plans, the veteran midfield star brings a lot of quality and experience to the table, and will without a doubt be a great addition to the Red Devils’ ranks.