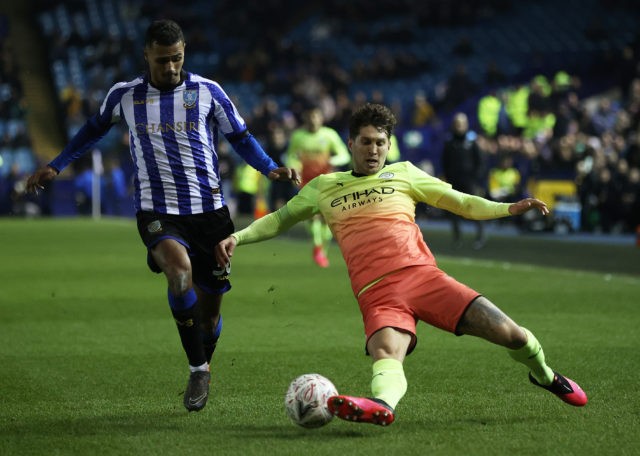 According to reports from The Times, Manchester City manager Pep Guardiola is looking to rebuild the squad in the summer transfer window.

He feels that if Manchester City are to win the title back from Liverpool next season, they need to invest in the squad and bring the right profile of players.

The report claims that the Spaniard will meet the City board to discuss which players should be leaving the club. After City fell 23 points behind Jürgen Klopp’s side, Guardiola feels that signing a central defender is a necessity.

City are keen to offload Argentine defender Nicolas Otamendi while the club will listen to offers for John Stones.

The 26-year-old defender joined City in 2016 from Everton for a reported fee of £47.5m. He was the world’s second most expensive defender at that time.

Stones has made over 125 appearances for City in all competitions and has won two Premier League titles.

This season, Stones has made just 12 Premier League appearances and Guardiola is looking to offload him.

The news will come as a huge boost for Newcastle United.

Back in May, reliable journalist and transfer expert, Nicolo Schira claimed that Newcastle are keen to sign the City defender and that the Magpies have held talks to sign him as well.

The Magpies have secured their Premier League safety with a fantastic 4-1 win against Bournemouth on Wednesday.

Stones would be a cracking signing for them, but Newcastle’s transfer strategy will largely depend on whether the takeover will go through.